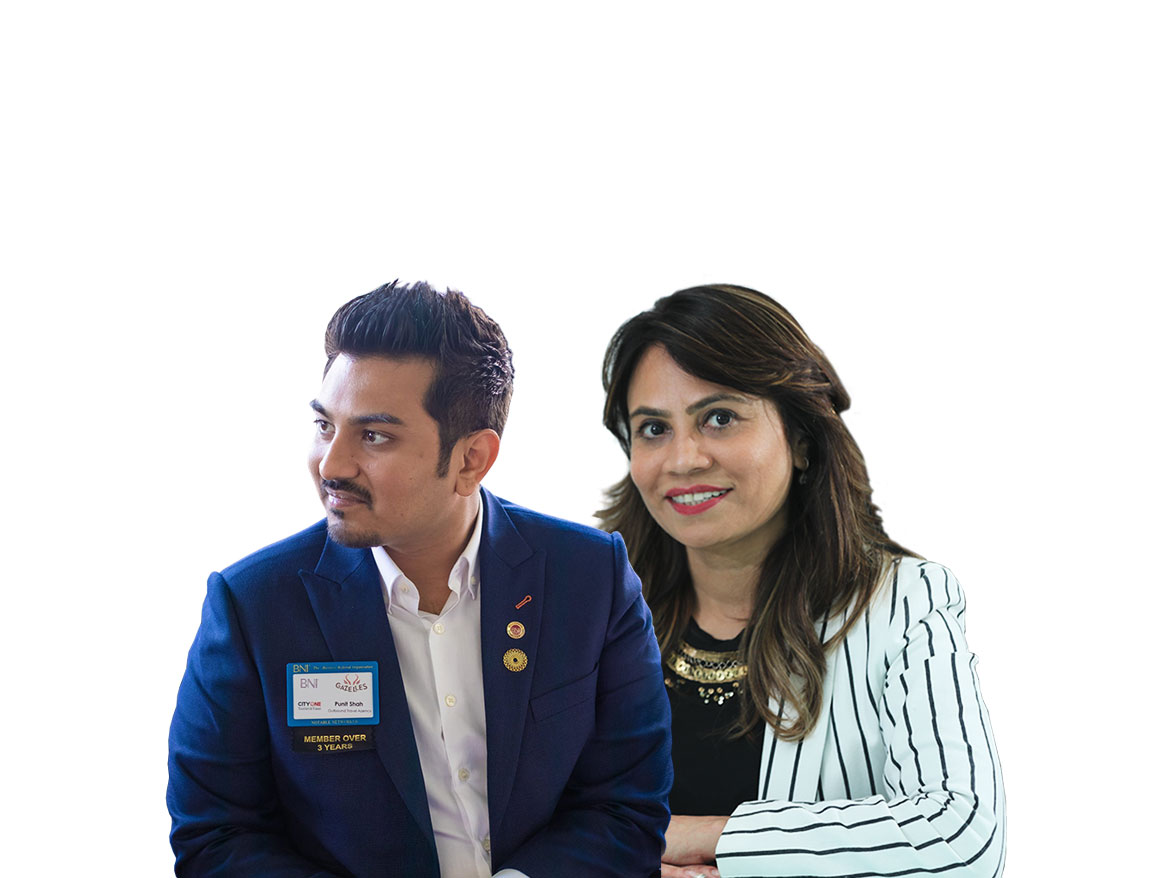 Punit and Hemali Shah certainly have the dynamics of a mother-son partnership down pat. They run the award-winning City One Tourism & Travel Agency, with Punit taking on the operations of the company and Hemali taking the lead in sales and customer relationships.

A founding member of BNI Energizers, “The journey was fantastic!” Hemali says, “I never knew my strength before BNI.”

“I was one of the few people around when the ambassador program was launched in the UAE,” Hemali adds. In fact, after becoming an ambassador she started mentoring the mentoring coordinators. Hemali has now been the Director Consultant of her chapter for the last year.

In Punit’s own words, “I started my journey not being very comfortable speaking in public.” A member of BNI for the last 5 years, BNI helped Punit develop people and speaking skills.

“Being the president of BNI Gazelles, having the confidence to speak in front of people and running the meetings was just another level for me.” In addition, he’s been able to help and support BNI Dynamite as an ambassador. Punit succinctly sums up his journey by saying, “BNI has changed my life in so many ways.”

Even during the changing circumstances this year, City One Tourism & Travel has thrived. “In times when people said our industry was dead, it was just a matter of finding what people wanted,” Punit says. This is where BNI played a huge role in amplifying their services and helping get all the different permissions required to send thousands of expatriates back home. This wasn’t limited to just the UAE but was a global effort.

When questioned on the experience of having a spouse or family member join BNI, “First thing to remember, is that each person is an individual with different vibes and aura.” Hemali quips. In her experience, each person brings something different to the table, and is exposed to a different network.

“Sometimes it becomes like a little bit of a soft competition, which is very healthy. When we see, which network is better and where we’re getting better suppliers.”
Working in the same company, but in different chapters, the mother-son duo is able to learn together, and also see things from different angles.

“The most important thing is positivity, and believing in the BNI system,” Hemali adds, on a parting note.