Ankita Rao – From Member to LT to Ambassador and now DC 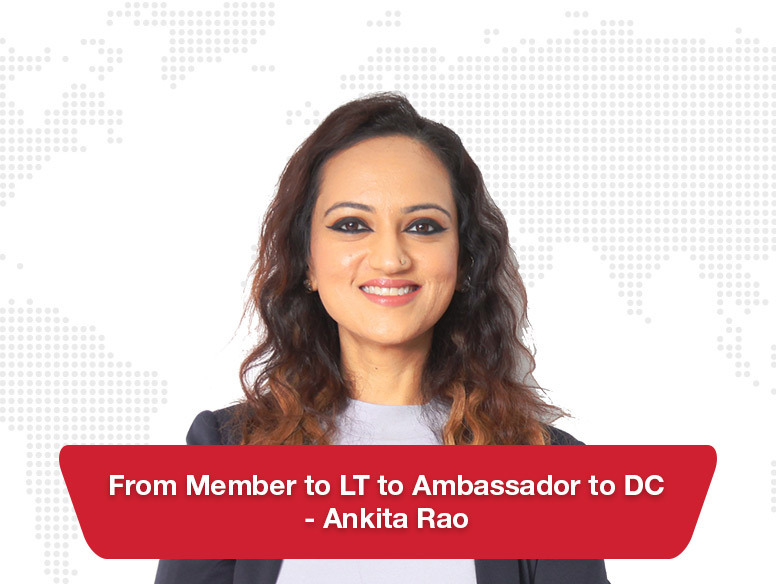 Ankita Rao is the Co-Managing Director of Freeline Engineering Consultants. As with business, Ankita joined BNI, and it’s been an incredible journey so far. Although she isn’t quite a seasoned member yet, Ankita has already taken up a host of positions and roles at BNI. She recently achieved her mission from earlier on in the year and was appointed Director Consultant for the Gazelles Chapter.

“The Gazelles are an incredibly resilient chapter; they always bounce back when things seem down…I’m thrilled to be part of them today!” she says.

Ankita previously held the position of Ambassador for the chapter, where she was a support system for the new members who have recently joined.

“It’s very easy to be overwhelmed or even underwhelmed when you join BNI. So it’s important to have a strong ambassador, who is essentially a third-party to your chapter, who can give you an outside perspective.”

“It is mainly a mentoring role, working closely with the Mentor-coordinator and the newly inducted members…handholding, offering support, and guiding them,” Ankita shares.

Even as she became the Ambassador, Ankita had her sights set on becoming a Director Consultant. She expresses her gratitude to Mohan, who trained her and empowered her to become more involved and grow in the chapter.

“His nature is to empower everybody, especially if you have built a good rapport with him,” she says.

When asked about her new role, Ankita smiles, “I do sense the responsibility, I’m excited, and I’m raring to go!”

“I feel that roles are there for a reason, and one must explore every single role. When I joined BNI, I started as a part of the Visitor Host Team; my job was to come in early and put the name placards for my team members,” she adds.

“I got a lot of visibility because of that too, as the experienced members started seeing me early in the morning, I got to meet a lot of visitors too! So, no role is big or small; every role is there for a reason. Exploring these roles is critical to your growth in BNI.”

Ankita ends her interview with some words of advice for new members who want to take up new roles and responsibilities at BNI. “The best role I would recommend to everyone is being Vice President because it teaches you a lot in a variety of ways,” she signs off.