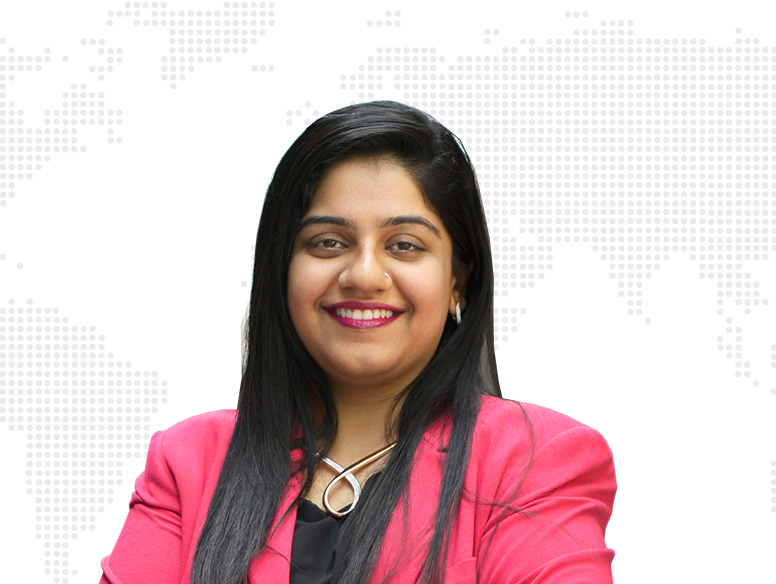 For Diksha Vohra, the founder of Content by Diksha Vohra, the journey with BNI has been written in the stars. A member of BNI Continental since April 2019, Diksha has seen her company grow in tandem with BNI. “Technically, I’ve grown with BNI,” she smiles. “When I started my company, we were two people. I recruited my staff through BNI, I did all my VAT registration through BNI, I got an office through BNI, I had a business coach through BNI. So basically my business is fully a BNI product.”

However, the first meeting she attended wasn’t at Continental. “In March 2019, I had attended a meeting at BNI Evergreen. Because it was a bit far from my location, I decided to come to BNI Continental,” Diksha remarks. “Continental instantly attracted me, I thought that’s it, I don’t need to look anywhere else. At the first visit, I decided to fill up the form and become a member.”

Diksha’s been a member for over two years, and her face lights up when she describes what BNI has brought into her life. “BNI has been a blessing in disguise,” she says. “When I entered, I didn’t know what it would hold for me. I thought I’ll just go socialize and network. Seeing how beautifully it’s translated into business is the best thing about BNI.”

Diksha sees taking up roles as a way of giving back. “The roles have been very rewarding. When you take up roles you think you are doing it for BNI or your chapter. But, little do you realize, you’re doing a favor to yourself,” she smiles. “The amount of visibility, the amount of credibility you generate through taking up roles, you don’t get otherwise as a regular member. As I said, I’m a BNI product, so I like to give back to the chapter as much as possible.”

Just two short months ago, Diksha took on the role of Ambassador at BNI United Deira Online. So, what inspired her to take on this new challenge? “One morning Pankaj called me and said let’s meet. I wondered why he wanted to meet if it was work-related,” she narrates. “Then he says, “Diksha, I want you to become the Ambassador.” I had no reluctance, my question majorly was how the Ambassador would be contributing to the overall growth of the chapter.”

Diksha wanted to be sure her role as an Ambassador would be more expansive, especially in this new online setting. “In the past Ambassadors had a very restricted role. They were only involved with new members joining, and they would ensure the mentoring was taking place and all the boxes were ticked,” she remarks. “I personally feel the Ambassador role should be a little bit more than that. Because if a new member comes, even understanding the challenges, and looking at possibilities that would better their experience would help with member retention over the long run.”

She firmly believes in building deep, personal relationships with members, and tapping into that emotional connection. “In today’s date, we have 67% of people who have never seen in-person meetings. I think that there is a lot more need for emotional touch, being with them, calling them to encourage them and keep them motivated,” she adds. “Despite being online, we can continue to nurture relationships, help others grow, and grow ourselves as well.”

The future for Deira United Online is certainly exciting, and Diksha isn’t shy about her vision for the chapter saying, “I see it becoming a gold chapter in the next 12 months, that is honestly where we want to take it. I know we’re new, I know we’re getting there. I’d also want to see all the members individually grow in terms of their revenue and learning – overall development.”

Unsurprisingly, Diksha’s aspirations don’t end there. She wants to change the entire preconception about online chapters with United. “In the end, people should want to join an online chapter. The whole concept that ‘online is tiring’, I want United to change that.”

Diksha signs off with some tidbits for members thinking of taking up a leadership role in the new term. “Leadership transforms your life, more than BNI. As long as you take up the leadership roles, thinking you are going to benefit from it, you are on the right track,” she says. “Stick to the commitments, what BNI asks of you. BNI is like a farm, it’s like fertile soil. If you invest the time in BNI, you’ll see more trees growing. Give to BNI and you’ll see BNI giving back to you in many ways.”

Very beautifully written..very motivational..
For Diksha.
it seems like East or West..
BNI is the best
I enjoyed reading

Well said Diksha. Wishing you all the best in your new role.