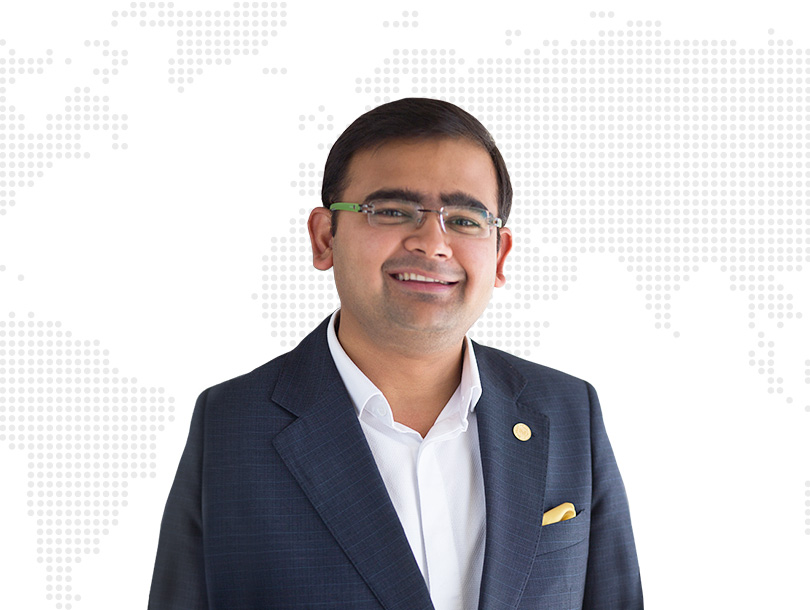 Kunal Vadhani started his BNI journey 9 years ago. With an aspiration to give back to the community, he always wanted to become a Director Consultant. Today, Kunal has been a DC for BNI Champions for nearly 5 years. “My story in BNI has been life-changing. I’ve met so many people who have helped me throughout my journey. Be it business, personal life, or launching the chapter, all of that taught me something that took me to the next phase of my life,” Kunal says.

From DC to DC Champions

When Bijay Shah first asked Kunal to become a Director Consultant, initially he thought he would ask him to support a chapter. However, at that point, there were no chapters with a vacancy. The only option was to launch. “That’s where the journey started,” he narrates. “Launching a chapter, it’s a time-consuming process and it needs a lot of effort. It took me some time while launching, my wedding also fell right in the middle of the launch!”

Teamwork with Kunal and the chapter members played an important role in pulling the launch off successfully. “I was just pushing my members and giving them the information they needed. But they were actually doing all the effort and bringing people in so we had a core group of 25 to launch.”

Launching a chapter indeed takes a lot of effort, patience, and hard work. “I have so much respect for launch DCs. I know some DCs who are always launching chapters and I’ve tremendous respect for them, it’s not an easy job,” Kunal smiles.

Kunal has garnered more accolades after being selected by the Global Support Team as one of 25 DC Champions. When asked what that experience is like he says, “It feels amazing! You get so many new perspectives about what DCs around the world are doing. It teaches you so much more, not just about being a DC but about BNI as a whole.”

Speaking on the role DC Champions play, Kunal says, “As DC Champions, our job is to make the lives of other DCs and members easy. Our comments are taken into consideration before drafting a new policy.”

Kunal is hesitant about offering too much advice on launching a chapter as he believes everyone has their unique style of supporting and launching a chapter. However, he does feel strongly about one thing. “Don’t focus on the numbers, focus more on member happiness,” he states. “The more you focus on member happiness, the numbers take care of themselves. Being number one or two doesn’t add as much value as having a happy chapter does.”

For the aspiring DCs, Kunal adds, “Taking up a role in BNI is as essential as doing anything else. That’s a part of the journey. So, if you’re in for the long haul in BNI, taking a role is the next step in the journey. Just remember, to take it up for the right reason. Answer the “why” because a role comes with responsibilities as well.”