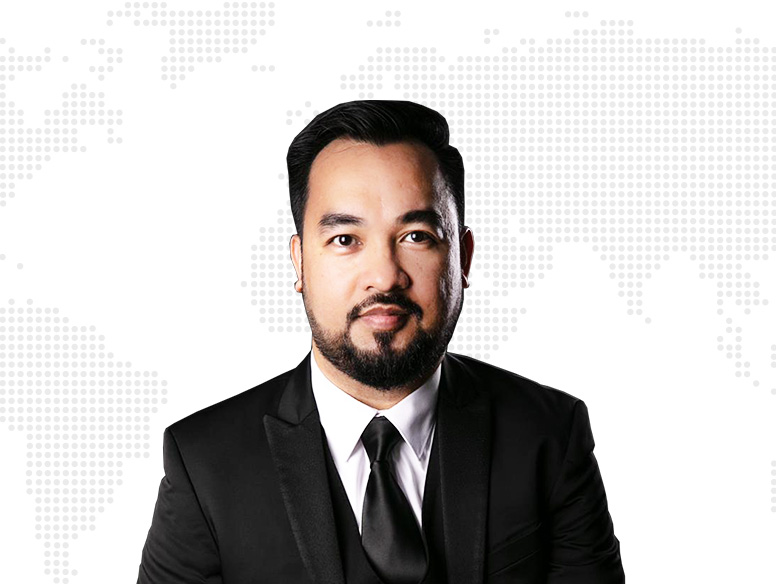 As the Managing Director of PLAY ME Business Consultancy, Edwin Duria has been a member of BNI for seven years. Yet he feels as though he joined just yesterday. Edwin’s experience with BNI was anything but traditional. “It’s a funny story,” he smiles. “I joined BNI seven years ago as an employee.”

But, that wasn’t Edwin’s first encounter with BNI. “Before that, ten years ago I attended my first BNI meeting at Early Bird, and I closed business that day. Immediately, I told myself I want to be a BNI member. Sad to say, my category was unavailable in all chapters. So, I waited, I applied, I waited for one or two years then I forgot about BNI.”

After more than three years, the former Area Director, Dr. Afschin Ghofrani called and asked him if he was still interested. “I immediately said yes,” Edwin says. “I was the first member to get green on traffic lights after three months, and the first member to reach 100 points in the chapter.”

Edwin is currently a core member of BNI Energizers and became a part of the first Leadership Team. Looking back, he is proud of the chapter’s growth. “It’s totally amazing, I can still remember everything we have accomplished in the chapter: the most diverse chapter in UAE with 26-27 nationalities, and the first hall of fame chapter in UAE.”

A firm believer of Givers Gain, Edwin didn’t get business immediately when he joined. “I was giving business for the first eight months of my membership but I wasn’t getting anything,” he grins. “My first business was only AED 250, but everything started from there. Now, I’m getting around 80 to 85% of my business from BNI.”

BNI Evergreen’s Director Consultant, Edwin began his career as their Ambassador. When asked why he took up this role Edwin says, “Mentoring the members is one thing I love, so when they offered me the role of DC, I really thought about it. I took the challenge to improve more, to help more people and BNI members. I’m happy I took this opportunity to give back to BNI after getting a lot from BNI.”

In fact, he took inspiration from Bijay Shah when he first took up the role. “I was really amazed by what Bijay told me. He said, “There’s no other way to become a good mentor except by telling your real life story with BNI.”

When asked about his key learnings Edwin says, “Number one is being flexible. Being flexible and consistent when it comes to support when it comes to answering inquiries. One thing I learned through my journey as DC is how to provide an immediate solution, my focus is always how we can help the members.”

BNI Evergreen, formerly an all-women chapter, has now opened its doors to men as well. So, what does the future hold for BNI Evergreen? “Evergreen will become a gold or platinum chapter in the next 12 months,” Edwin says confidently. “It’s one step at a time, but we’re getting there. I’m looking for a new Leadership Team who is eager to help others.”

As the transition into new Leadership Teams begins, Edwin ends the interview by sharing some tips for members thinking of taking up leadership roles. “Usually, when you’re stepping into a role in BNI, we always say it’s about the exposure, but it’s more than that,” he remarks. “It’s about developing your credibility and your relationships with your fellow members. Trust me, if you truly believe in Givers Gain, and you give your time and talents to the chapter, everything will come back to you.”