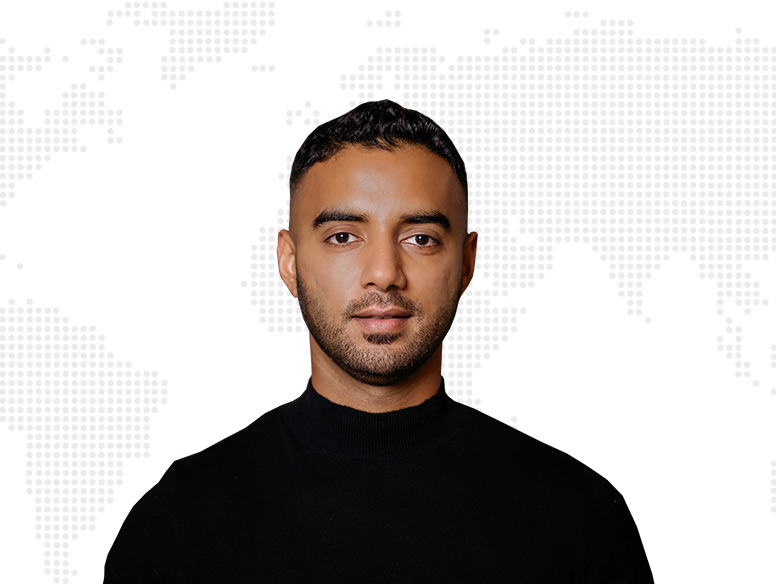 BNI is a big part of the Sanganee family. Mihir Sanganee and his brother run Designsmith Interior Works, a family-owned business, started by their father 34 years ago. A member of BNI Champions for nearly four years, it seemed natural for Mihir to nominate his brother, Dhaval, to join.

“After my first year, I realized my absolute potential in terms of learning. If I wanted to bounce ideas off someone on the same wavelength, at the same speed I was getting them,” he adds. “It just made sense to have him (Dhaval) have the same learnings somewhere else so it became a proper conversation in terms of what we wanted to achieve.”

But, what got Mihir into BNI to start with? “That itself is a funny story,” he smiles. “Almost 4 years ago I had a client walk in and in the first 15 minutes of our conversation he said, “I am going to take you to this 6 AM meeting in the morning and you have to come.”

“This gentleman’s name was Amit Dinanath, he didn’t even ask, he said, “You are attending.” Me being my excited self I said, “Let’s do this!” It’s been no looking back since then for Mihir.

Mihir is well into his second term as Ambassador of BNI Warriors, and he’s happy to share the inspiration behind him joining the DNA team. “If I look back on my journey it’s just been so much learning and growth continuously from members in the Champions. I started realizing the true potential of it. Whatever I was receiving also had to be given out in a certain way,” he adds.

Becoming the Champions President changed the way Mihir looked at things, and how he could give back to BNI. “When I became the chapter President, 3 years in, I realized you could see a meeting from a completely different perspective. That allowed me to say, “What next?”

Giving back wasn’t the sole reason Mihir became an Ambassador, however. He adds, “If I can be absolutely honest, the first Leadership Team training meeting I had, I saw all these guys wearing different badges. I was wondering how I could get one of those. That was a little seed in my head, and now I have one of my own!”

As an Ambassador, Mihir uses his own experiences to inspire new members. “I realized that in my journey with BNI, I came in with the mindset of numbers. I came in with the mindset of thinking what business is there to make,” he says. “All the learnings I picked up along the way came back to the fact that as a new member, if your expectations are not set right or if you’re not following the true principles, you’re not going to have a very successful journey.”

Leading by example is key, Mihir says, “What I try to do with my mentoring, especially, is to try to add a little value wherever I can, by sharing what I know. It’s through my own stories that I’ve learned along the way. It’s not about running behind numbers, and what they can get out of it; building relationships that will last much longer than that one referral, is what’s important.”

Looking ahead for BNI Warriors, Mihir is focused on the new members. “The Warriors already are an absolutely stunning chapter in terms of performance,” he remarks. “These guys are driven, and goal-oriented. So, my goal with the chapter is if I can help change the journey of all the new members coming in, the chapter culture will strengthen a lot more.”

Tricks of the Trade

Mihir shares some tips for members looking for new ways to network. “One of the best ways to network was by just attending another chapter’s meetings.” Sports and hobbies are another way he connects with members from other chapters. “I think some of the strongest relationships I’ve built, was basically by playing cricket and other sports with other chapter members,” he grins.

“Even the guys we used to play with have now become members of other chapters, only because they realized the bonding was so strong. This allowed me to network better because you all connect over a sport.”

As a new term rolls around, Mihir is straightforward about wanting members to take up new roles. “Just take the role, there are no two ways about it,” he states. “Don’t question if you’re good enough for this. All you have to do is commit. If you want to increase your visibility, this is the simplest way you can do it.”