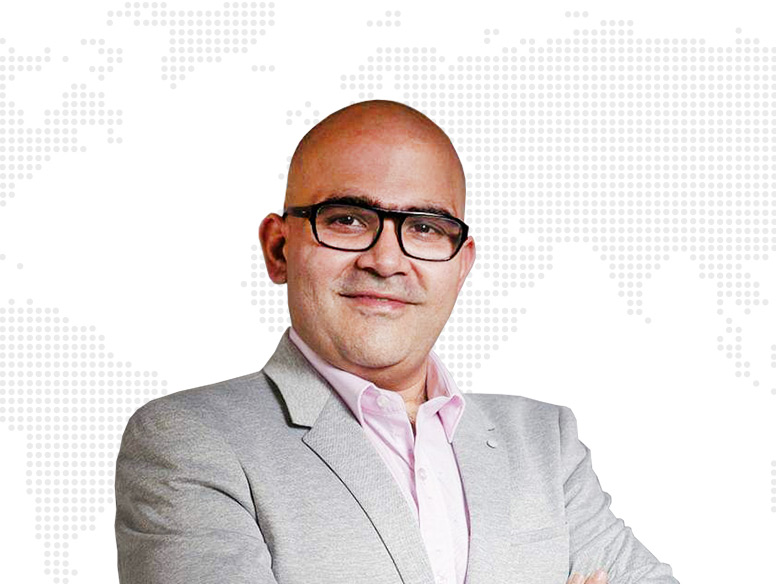 It’s been a great journey for Lalit Kumar since he joined BNI a little over four years ago. A representative of the events category for Limitless Ideas, Lalit unconventionally discovered BNI. “I was doing an event with Amit Vardhan, and he “forced” me into BNI,” he laughs. He said, “6:30 am in the morning, you have to come to the World Trade Centre otherwise we’re not doing this event together.”

There’s been no looking back since then. “I was sold out during the first meeting itself, I filled out the form and I was interviewed. People say BNI is now in my blood,” Lalit smiles.

One Step at a Time

An initiative taker, Lalit has been a Support Ambassador, President, and Director before embarking on his next mission of launching chapters. When asked about what’s the journey has been like, he answers, “The journey has been fantastic. Right from being a member to joining the Membership Committee, to being the President of a Chapter.”

Initially, Bijay Shah approached Lalit to be a Director, but he wanted to test all the steps of the BNI hierarchy. “So I said I would love to become an Ambassador first,” he remarks. “Things turned around in such a way that I was an Ambassador for just a month, then I was the Support Director.”

The inspiration to become a launch director again came from Bijay and Murali Srinivasan. “I had inducted around 12 members in the BNI family,” Lalit says. “But then, I said I’ll take it each step at a time. Today, we’re ready to launch two chapters. I’m on my way to becoming a launch director.”

When asked about the two chapters launching Lalit says, “The need of the hour is online chapters, so we are going to be launching one of the first Central Dubai online chapters. We’re also focusing on an in-person chapter in the New Dubai area.”

For Lalit the vision is simple. “ We want to launch Hall of Fame chapters. We are focusing on the core group, a group of decision-makers and people with a high network,” he adds.

In the various roles Lalit has taken up, there is a wealth of learning and experience he has garnered which he is happy to share. “As BNI says, it is Lifelong Learning. The best part I have learned is I can induct BNI policies into my business also which have helped me grow as a networker and a business person also,” he says. “The main takeaway from my BNI journey is to Build Relationships. I have made so many great relationships and done so many big events just on a phone call. That’s the power of BNI.”

Lalit signs off with some advice to inspire people thinking about joining the DNA team. “Earlier only my chapter knew me, but now other chapter Director Consultants and Ambassadors know me. The exposure and your network multiply to that extent you become a great networker and it reflects in your business.”

“There is a social responsibility also,” he adds. “Because of the amount the business you get, you would love to give. We don’t focus on getting business, we focus on giving business. I would strongly recommend every member in BNI to climb up the ladder and take on responsibilities.”

We look forward to witnessing the success of Lalit’s new chapters and we wish him all the very best!

Leadership And Engineering Both Start With a “Why”