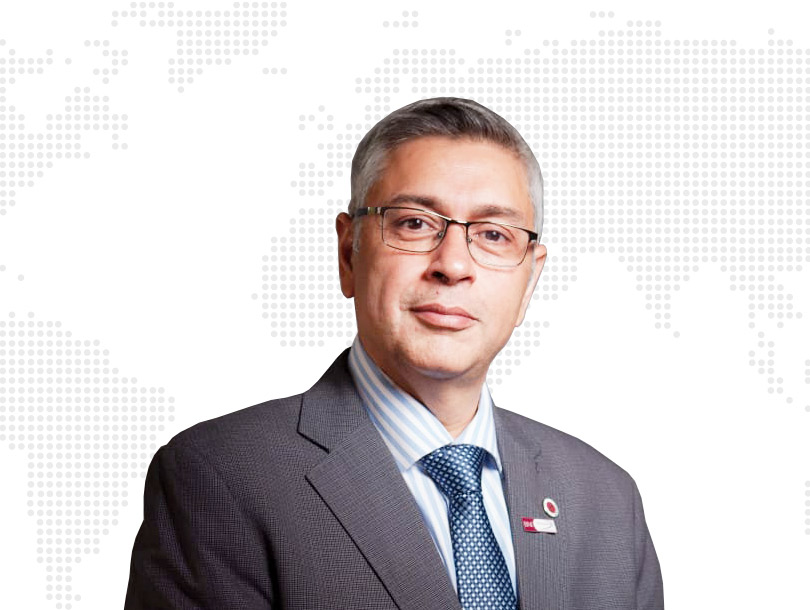 Amit Vardhan is no stranger to the spotlight. He has been in advertising for 26 years and has been heading Prism Advertising for the last 17 of those. A member of BNI since 2008, Amit has recently become the Executive Director (ED) for North Dubai. So, what does this new role entail? “The Executive Director’s role is to develop a region,” he says.

“In BNI, one good thing is that we are collaborative, and we give responsibility at various levels to grow BNI. Right from a chapter’s Membership Committee, to the Leadership Team, then becoming an Ambassador and then Director Consultant, the next role is Executive Director, where you take over and develop an entire region. You work with a team of people and you grow the number of people in the region.”

When it came to choosing a region, Amit had some specific parameters in mind before picking North Dubai. “I felt there is a big potential there are a lot of small and medium-sized businesses in that area,” he adds. “So, I would now be looking after North Dubai to get more chapters up and running, get more members, and help as many entrepreneurs as possible build their business through the Givers Gain philosophy of BNI.”

A seasoned BNI member, Amit has been through most roles before becoming an ED. “I started as a Vice President, at that time they were called Membership Coordinators,” he remarks. “I became the President of a chapter and then became a DC. As a Launch Director, I have launched three chapters, and now I became a Support Director Consultant. So, the question was, what next?”

Bijay Shah was also a major inspiration in taking up this new position. “He always talked to me about this concept of becoming an Executive Director,” Amit adds, “taking a region and making BNI a part of your business as well. I couldn’t think of anything else other than taking up this role.”

In this exciting new role, Amit has already set a plan and a goal in place. In fact, his vision for North Dubai was aligned with Bijay, the National Director, before he even accepted his role. “We are looking at 200 plus members in the next five years in the North of Dubai, Amit says. “That means at least six to seven chapters coming up in the region or growing of membership. 5 years is the window we’ve set as of now.”

Amit is open about asking BNI members to recommend friends who are still looking for a chapter. “The more lives we touch the better it is, the more businesses we grow the better it is for us, for them, and the economy of UAE as well.”

When asked about the team supporting this new venture Amit smiles, “The first person I recruited in the team is my wife Aarti, she is the Co-ED for North Dubai, she would be taking over a lot of admin responsibilities. I still have members from other regions supporting me as Ambassador and DC, we have Suresh and Seby, and I’m thankful to Bijay for allowing them to continue to contribute.”

With new leadership terms coming up, Amit ends the interview with some advice for members thinking of taking up a new role. “We’ve learned in BNI any roles you take will give you more visibility, credibility and finally more profitability,” he states. “Being a part of DNA is such an honour and privilege. Don’t think about it, you should grab the opportunity if you get it. Do it, don’t wait.”

Ankita Rao – From Member to LT to Ambassador and...