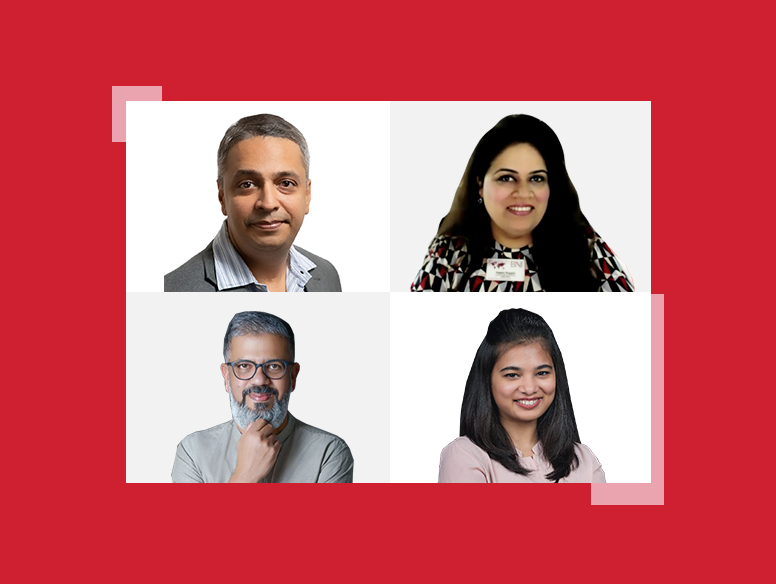 September marks an incredible milestone for BNI Rising Phoenix as they celebrate their crystal anniversary. Their 15-year journey has been nothing short of remarkable, and President, Arushi Bhatnagar is determined to make the celebration match the journey.

“It’s 15 years, so of course it has to be big,” she smiles. “We are looking to have an in-person event where we celebrate with members, ex-members, everyone who has been a part of the 15-year journey. We’re still planning it, it’s a month away so the events team and leadership team is on it to make this event an amazing one!”

Secretary-Treasurer, Suketu Dani has been a Rising Phoenix member almost since day one and reminisces on his first meeting saying, “I’ll always remember my first day in BNI when I had been as a visitor. We used to have our meetings at the World Trade Center (WTC). There was a group of 20 to 25 people networking. I immediately applied for the membership the moment I finished the meeting. The next week I was inducted, and the rest is history!”

It wasn’t quite the traditional path to becoming a BNI member for Vice President, Pramod Kurian. “I started my journey by substituting for my boss,” he grins. “I became a permanent substitute for almost a year. When the opportunity was right, I grabbed it. At that point, I thought BNI would push me because I was a techie in my head, and I didn’t really want to meet people. I realized this platform is going to push me and the rest is as you all know.”

It’s safe to say that the last two years have been interesting, with chapters going virtual and now slowly transitioning to in-person meetings. So, how has the team at Rising Phoenix dealt with these changes? “This is like BNI says Traditions + Innovation,” Pramod says. “I’ve really gone through that journey. One Saturday, Suresh called me and said we are going virtual, you have to do the spotlight. Now, we’re trying to go back to an in-person or a hybrid experience.”

Through it all, the vision for Rising Phoenix has remained the same. “What has happened in this term is the strong bonds that have developed in this chapter,” Arushi remarks. “I hope to see the chapter bond more and create these opportunities for partnerships and synergy. Like we have Satyen and Reim, who are partners. So, more opportunities like this where members can collaborate.”

Pramod is full of praise for BNI Connect, adding that it has made his role as Vice President more productive and efficient. “I’ve seen the changes happening with BNI Connect. The way it has transitioned is amazing. As a VP I used to get my reports done in about an hour. Now the meeting reports are done in 10 to 15 minutes max,” he says. “I started using the mobile app only after taking up this role. It’s become extremely user-friendly. After every upgrade you see, someone is listening to you and making the changes.”

The bond that the members at Rising Phoenix share is truly inspiring. How do they keep engaged? According to Arushi, planning is key. “Every morning, we have five of us who log in early,” she says. “Between 6 am to 6:15 am, we have our own huddle where we know what’s going to happen in the meeting with the spotlight team or the visitor host, who knows who’s coming in and make sure the meeting is very smooth. As and when members start joining in, we have breakout rooms where we have a topic for every week. I always make sure the meeting starts on a high and ends on a high!”

“To add to that, we have our own monthly bulletin in the chapter,” Suketu chimes in. “We share all the things we have done, where we stand as a chapter, what are the socials we’ve done, members who have innovated, and new members who have been inducted.”

As a new term dawns, Arushi is eager to share what has been working, and pass on tips to the new Leadership Team coming in. “One thing that has worked really well in the chapter, is that we had our events team plan smaller socials. Even if it’s for 10 to 20 people, we have multiple socials in a month. We had these ‘RP series’ called #RPEats, #RPSees, #RPLearns, #RPSays,” she adds. “We have lunches being organized. A business lunch became #RPEats, and then we had a movie night that became #RPsees. If that continues, I feel the bonding will remain strong.”

“I think one thing we initially discussed, even before we took up the roles, our agenda was to add value to every member,” Pramod adds. “So, whatever we planned, we wanted everyone to be engaged. The event and related committees made an effort to get people in the black and red to participate. That also helped.”

The Rising Phoenix team signs off with some excellent advice for new members. “As a new member, it can get quite overwhelming,” Arushi says. “I would say, just sit back and take it one step at a time, and enjoy the process. From those connections, meet with your referral partners and everything will fall into place.”

“During all my mentoring sessions I used to tell people don’t try anything extraordinary,” Pramod shares. “You do the basics right and things will start working for you.”

Suketu uses cricket to get his point across. “My word of advice for the new members is that you need to be there on the pitch, the ball will come on to the bat. You just have to be patient. Be prepared with your 30 seconds, do 1-2-1s and the referrals will follow sooner rather than later.”

We wish Rising Phoenix all the best as they continue to reach incredible heights and many more anniversaries in the future.

Hearty congratulations to all!