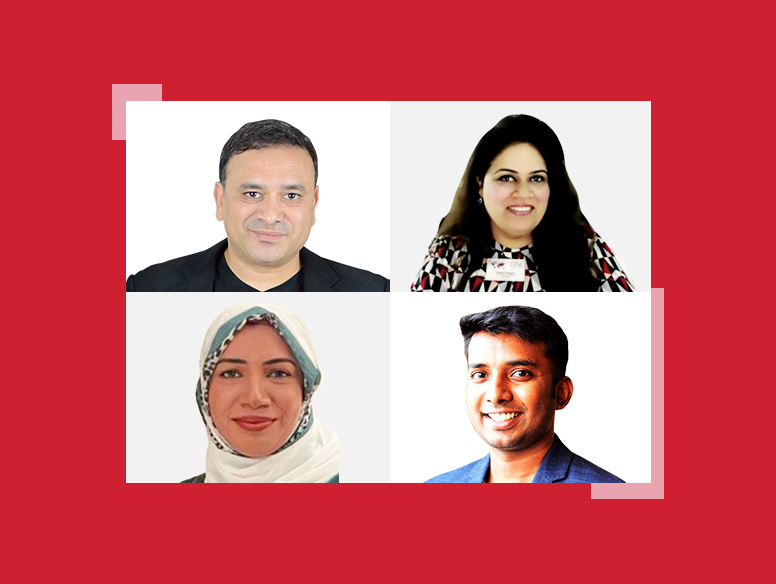 It’s a very special occasion for the folks at BNI Continental as they celebrate their eighth anniversary. President, Madaiah Udiyanda has seen the growth firsthand. “I’ve been an integral part of BNI and I’ve seen this chapter grow by leaps and bounds,” he smiles. “The journey’s been amazing. One of the oldest members in the chapter introduced me. The very first meeting impressed me a lot. It was all about how you can help the other members.”

Although Sudeep Victor is new to the role of Vice President and the country, BNI has helped him fit in. He says, “It’s the first time as Vice President for me. I’m super excited and looking forward to the role. I’m very new to the UAE market, it’s been just two and a half years since I moved here. BNI has played an integral part in me blending into the UAE market and churning out business.”

Secretary-Treasurer, Sadaf Shahnawaz Shaikh discovered BNI after seeing the benefits in her friends’ lives. “A couple of my friends were already BNI members, and the way their business grew after being a part of BNI was so exciting. Not only the business growth but their personal growth too,” she adds.

Hitting that eight-year mark was an incredible achievement for Continental, and they made sure the celebration matched the milestone. “We had a huge party!” Madaiah exclaims. “We had a party at Radisson Blu, we invited everybody and their families. We had a lot of awards and appreciated the ones who excelled in our term. A lot of recognition, a lot of fun, bonding, and networking.”

Sudeep is eager to share the goals and vision for the chapter saying, “We strive to create a conducive atmosphere to exchange multiple economic opportunities amongst members and bring cross chapter business in. We plan to make our chapter a Gold chapter. I think from the time our term is over, in the next six months we’ll be looking to double our chapter size.”

Putting in the Work

BNI has no shortage of educational tools and systems to keep things running smoothly, and the Leadership Team puts them to good use. “BNI Business Builder and the podcasts give you a lot of insight about the business, how you should communicate,” Sadaf says.

For Madaiah, BNI Connect is his tool of choice, he uses it every day. “I’ve stopped looking at Yellow Pages or even Google for that matter. If I need anything or if my friends need any kind of service in the UAE I just go to BNI Connect and find the right people,” he says. “And obviously, being a BNI member, they’re going to be reliable.”

“I would like to agree,” Sadaf adds. “It not only give you the contact details but also the credibility and the specific target audience. So, half the battle is won.”

In Madaiah’s second term as President, in vastly different circumstances, how does the Leadership Team keep Continental members engaged? “We try to keep everyone involved, where everyone gets a chance to talk and get recognized,” he states. “We also have a spotlight member every week where they can showcase their products and services. Every member also needs to have a 1-2-1 with the spotlight member to increase exposure.”

Madaiah is clear that putting in the work is key to success in BNI. “Whenever a member joins BNI they should not lose hope if they don’t get referrals in the first 6 months. It all depends on how interactive you are with other members. You should never lose hope, you should keep networking and have 1-2-1. You have to do your part and the rest you leave it to the other members,” he signs off.

The BNI UAE RACE TO YOUR SUCCESS