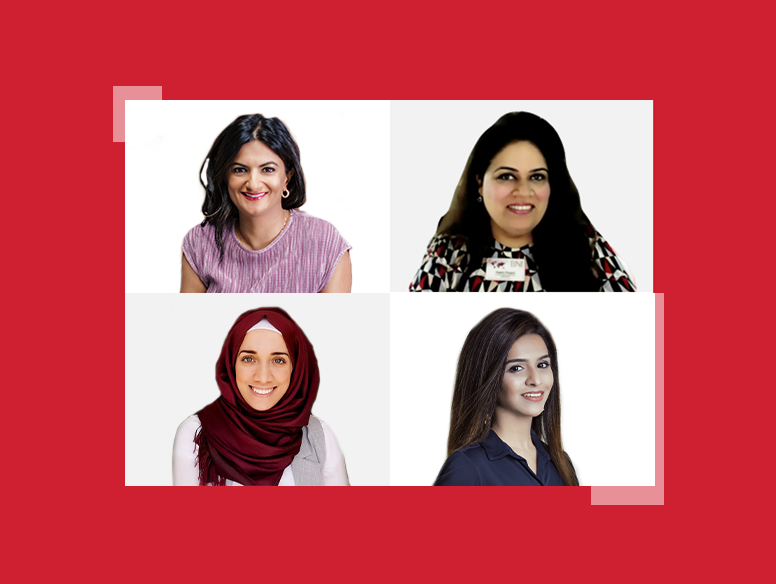 BNI Evergreen made history as the first-ever all-women chapter at BNI, and they’ve gone from strength to strength. The former women-only chapter just celebrated its fourth anniversary and has completed over 200 meetings.

Amina Virji, President of BNI Evergreen has been a member for over two years. Her first visit to a chapter wasn’t at Evergreen. “My website designer is a BNI member, and he invited me along,” she says. “Somebody there mentioned there is a women-only chapter, and I thought let me check that out. I went to Evergreen, and that very morning I got two clients. The rest is history.”

When Vice President, Vinita Michael visited, it was still an all-women chapter. “I was so impressed by the kind of women who were running the show,” she smiles. “They were the kind of women I wanted to be associated with, and I wanted to get to know them more. I felt it would benefit me, not only in terms of my business but also in terms of my personal and networking growth. That’s how my journey with BNI started. I joined the very next meeting.”

Secretary-Treasurer, Ruba Hasan had just started her company when she first joined BNI three years ago. She adds, “I didn’t expect to see so many fresh new faces, with so many different businesses. I said this is a group I want to be part of, I think they will support me in my journey. And this has been the case ever since.”

After hitting such an important milestone, what is the vision of BNI Evergreen? Vinita is quick to respond, “To focus on quality growth of the chapter, not just in terms of the chapter size, but also in the kind of referrals we’re trying to pass to each other. We’re one of the most diverse chapters we have, not only in terms of geographical representation, but also in terms of the categories we represent. I think that’s why we can truly showcase unity in diversity.”

Since the new term started, i.e April 2021, BNI Evergreen has already played host to 100 visitors. Amina credits this success to some friendly competition. “At the beginning of the term, we knew our focus was to grow the chapter. We put in place a visitor competition. Today, in our meeting, we inducted three new members. We’re going from strength to strength,” she smiles.

In these interesting times, BNI Evergreen has made changes to the way they work, to keep their members engaged. Amina says, “We did put in place a couple of new measures in this term. One of them is a chapter engagement score, and we do follow up with people. Another thing we do to make sure everyone stays listening is use lottery balls. Each members’ name is on one of these balls. If you want to win the door prize, you have to remember the ask of the other member’s name drawn from the lottery balls.”

In-person meetings, when possible, are also important. “We have a social event every month,” Amina adds. “Our events coordinator is dedicated to having good socials. So last month, we had a quiz night, the month before that we had an escape room. So we make sure we meet in person as well.”

One thing all three women in the Leadership Term agree on is that teamwork makes the dream work. “The teams should be very solid,” Vinita says, and Ruba and Amina are quick to respond in the affirmative.

With the switch to online in the last two years, Vinita has been impressed with the virtual aspects of BNI. “The online version surpassed my expectations,” she says. “I think last term BNI SOS gave birth to my dream referral. I think if there is a possibility of a hybrid version with both online and in-person meetings, it would be very well received.”

The Leadership Team at Evergreen signs off with some important advice for new members. Ruba says, “ Throughout the years what I learned was that if you make BNI part of your business, not an additional thing you have to, it becomes a part of what you have to do to grow your business.”

Building Relationships is a key aspect for Amina. “Don’t be intimidated to make connections, ” she quips. “Have as many one-to-ones as possible as a new member.”

“The first 90 days are crucial for a new member, so don’t wait to dive in,” Vinita adds. “It is a two-way relationship, you need to be active if you want others to be active for you.”

Congratulations to BNI Evergreen on reaching such an important milestone. We wish them all the best and can’t wait to see what their future holds.

Hi there! This article could not be written much better!
Looking through this article reminds me of my previous
roommate! He continually kept preaching about this.
I most certainly will send this information to
him. Fairly certain he’ll have a very good read. I appreciate you for sharing!