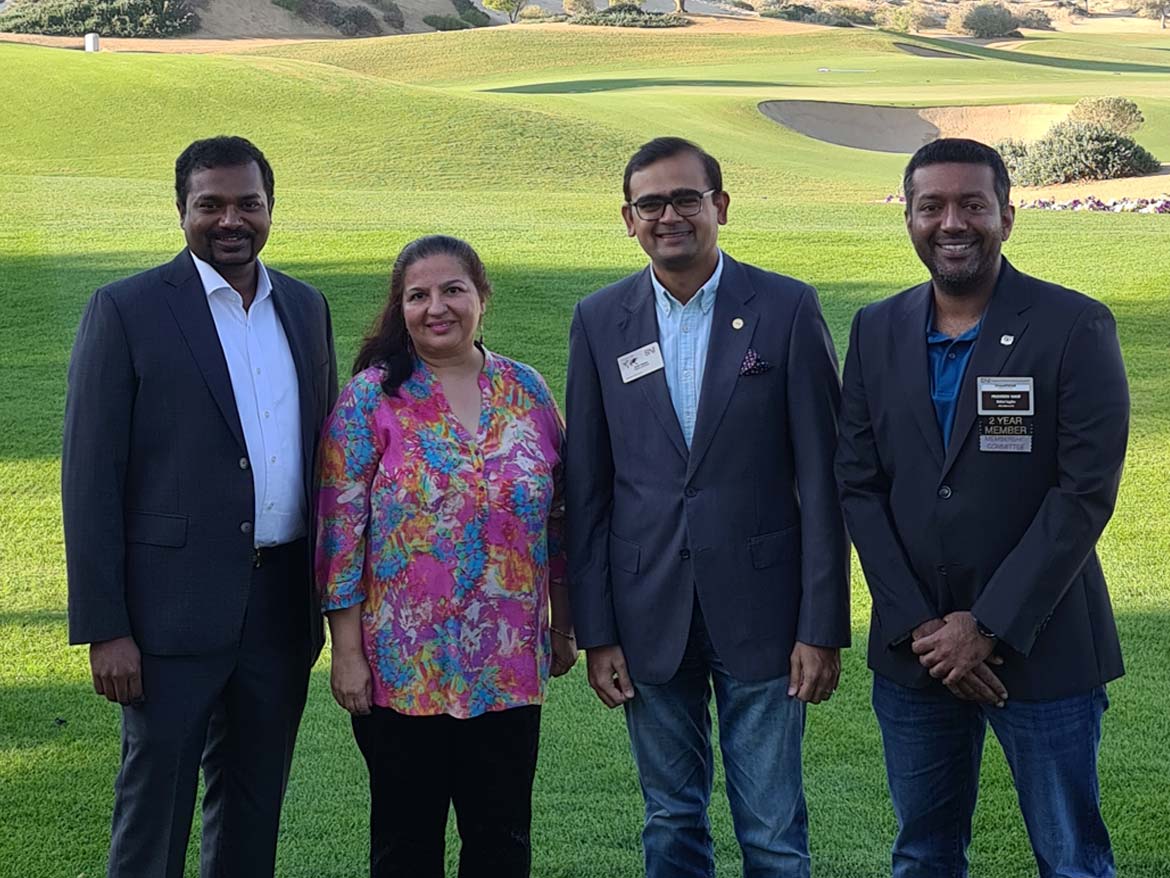 BNI Champions is the first chapter in the region to achieve a million dirham seat value. No small achievement considering the year we’ve just gone through. So how did they do it? “I don’t think that was something we were trying for,” Kunal says. “We have some fantastic power teams which have informally formed within the chapter and do business week on week. Hence business grew for everyone.”

Anish, BNI Champions current President credits steady growth & online support groups for their success in becoming the chapter with the highest seat value. “Meeting online, and in internal groups helped in making sure business didn’t drop but grew. To become the first chapter to do that is amazing,” he adds.

Becoming the chapter with the highest seat value was just the first step for BNI Champions. “We’re constantly striving to gain more out of BNI,” Anish says. He’s most proud of how members stepped out of their comfort zone and explored new markets in Uganda.

Praveen is keen on highlighting how everyone bonded together. “Bijay mentioned we have one of the highest retention rates. After 3-4 years we still have 60-70% of the core group.” How have they managed this? “We launched our own online initiative to hear our members out for a good six months” Praveen adds. He notes that during renewal interviews the driving force to renew was support.

Kunal is adamant that the Leadership Team’s focus is that every member gets equal business, and gets a share of that pie justifiable to themselves based on their business size.

“We’re not looking at becoming a 100 member chapter or an 80 member chapter,” he says. “We want to strategically grow members in power teams so together we do much more business and everyone gets business.”

The happiness and satisfaction of current BNI Champions members plays a big role in the chapter’s success. “The moment the leadership team cares for its members, suddenly the chapter starts doing well.” Kunal elaborates. “Don’t chase the number one trophy, or the highest seat value, but focus on the happiness of your members.”

Another key takeaway is the clear strategy Champions has in place. “Something that has really worked for us is a long-term succession plan.” Praveen says. “We are grooming leaders as we speak, you need to come through a certain path to lead the chapter.”

Nitasha says that the biggest tip they can give is their culture. “Numbers are great, but our focus is not numbers. It’s the camaraderie, it’s the positive attitude. When the high tide comes, it lifts everything and BNI Champions is in the high tide.”