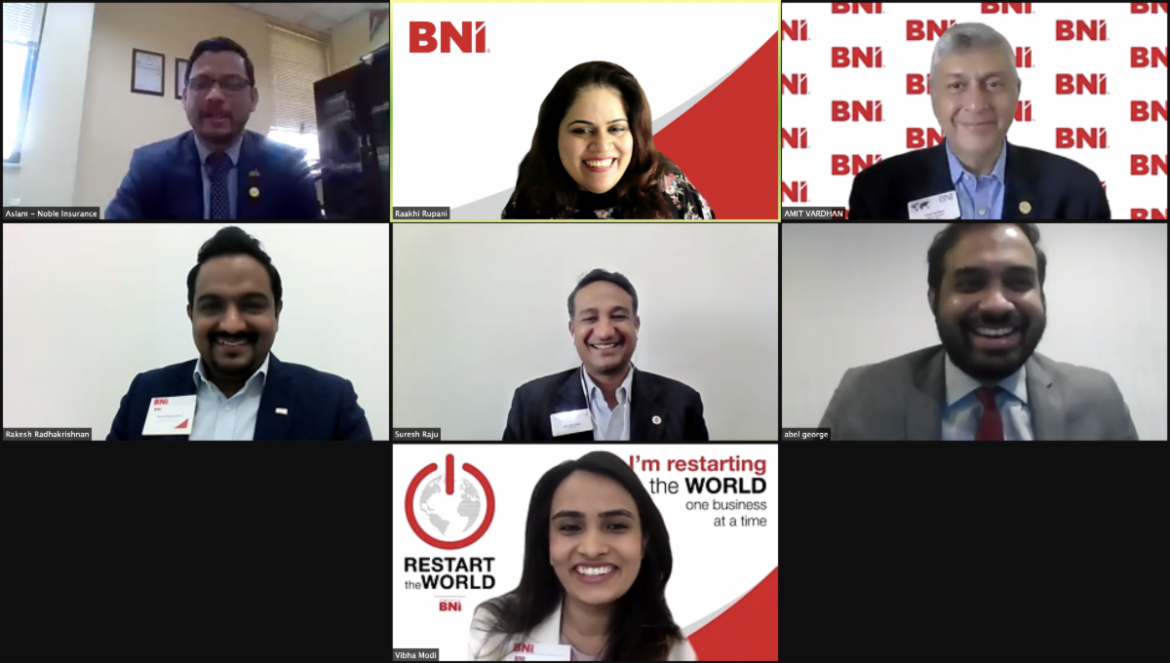 BNI Billionaires holds the distinction of being the youngest chapter on the block, and the new energy they bring is infectious. Amit, the launch director, is keen to get things to a flying start. “The first vision is to get the chapter to 35 Hall of Fame.” he says. The time frame they’ve chosen is just as ambitious, with a month to hit their target.

Suresh has taken on the mantle of Director Consultant wholeheartedly, “Our vision for 2021 is to create strong, cultured members who can potentially develop their business coming together.” he adds.

The name “Billionaires” is an interesting one, and Amit takes the time to share the inspiration behind it. “We follow all the core values of BNI, and finally we end up doing business with each other and that is the primary objective,” he explains. “It’s a constant reminder that we are looking at billions.”

The rest of the leadership team were relatively new to BNI. Rakesh started his journey after meeting Amit at a chapter meeting and is inspired by what’s in store. “Covid couldn’t stop us, I’m sure nothing can stop us.” Rakesh says.

Vibha is proud to say that she is the first member of BNI Billionaires, “The journey is so interesting. The bond we created is beyond imagination.” Last but not least, Abel was attracted to BNI’s structure. “With the rapport we’ve created, we’ll be able to take the chapter forward to the next level.” he signs off.

The launch team of BNI Billionaires had their own fair share of challenges to overcome to get things off the ground. Switching the location from Sharjah to North Dubai, holiday breaks and more were speed bumps they hit along the way. It took a year for the chapter to launch since the core group was formed, but they’ve gone from strength to strength.

“The members have already done nearly a million dirhams of business amongst themselves this year.” Amit says.

Aslam has been a part of the launch process since day one, and has continued on as Ambassador. He says two key takeaways for setting up a chapter are, “Core selection of 8 or 9 strong members plays an important role, and focus on business owners of high-end key roles in corporate.”

On advice for entrepreneurs and launch directors Amit says, “Get the right core team in place, and they will become the drivers to drive the chapter forward in the right direction.”

“Let there be no speedbreakers,” Amit adds, “it’s a race, and you have to keep running. Don’t take breaks, don’t stop.”