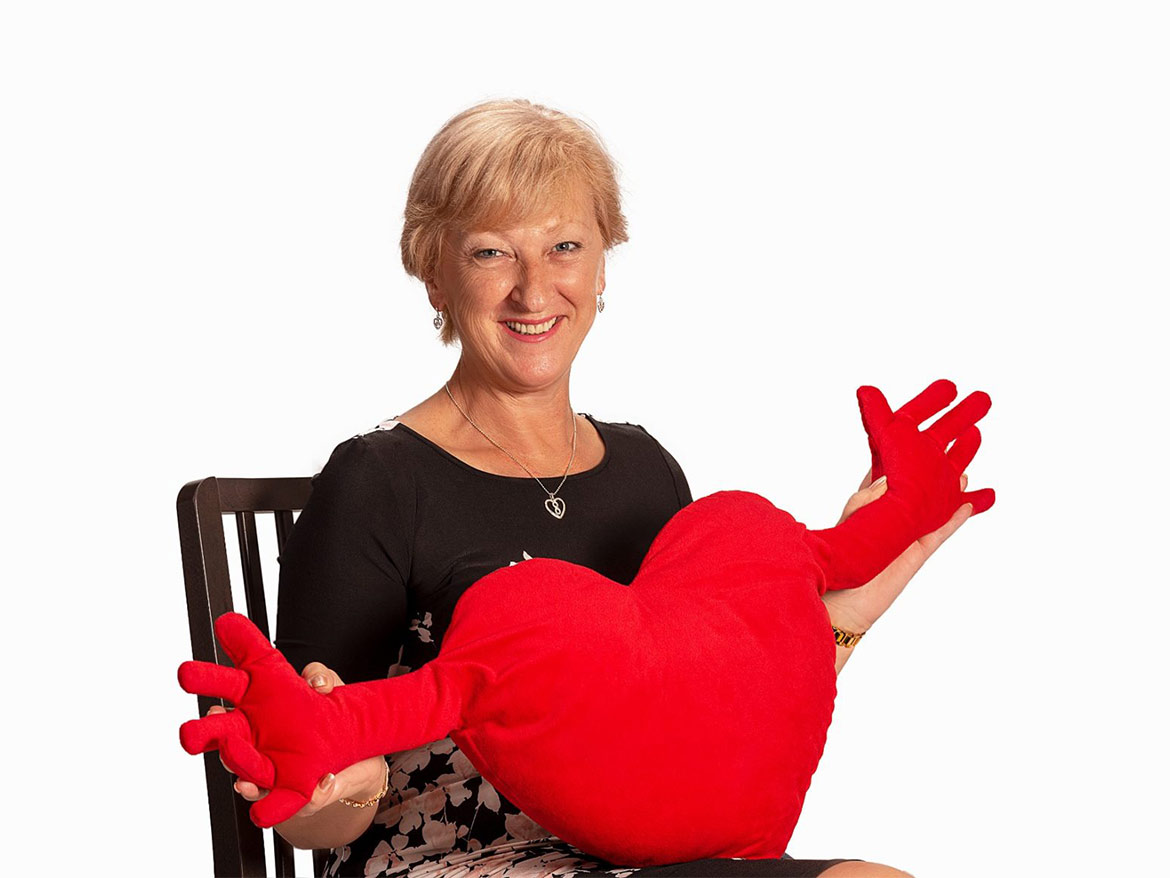 She is as passionate about coaching as she is about connecting to people. Meet Wendy Shaw,  President at BNI Falcons who set foot in Dubai in 2000 and realized within a short span of time that she could not think of “anywhere else she would rather be.”
She has a background in hospitality and worked with IHG for five years before her career underwent a sea change. She joined Matrix Consulting as a freelance trainer and spent the next 13 years training 1000s of leaders and managers using NLP as the core foundation.

Till she discovered mBraining and became the first certified mBraining trainer in the UAE; today there are 50+ mBrainers within the community.  “I loved sharing the neuroscience and the various practical ways to quickly deal with internal conflicts and organizational mis-alignments,” she says which explains why she set up mBrain.me in January 2019 as a full-fledged entity.

“I got tremendous support from fellow BNI members who helped to create my branding and website,” says Wendy who started her BNI journey as a substitute at BNI Early Birds.

Stretched in many ways

After visiting Rising Phoenix, she opted to join BNI Kaizen as she liked the vibe. “We launched in June 2010 and then used triple carbon paper copies for our referrals, One-to-Ones and TYFCB slips before BNI Connect took us online,” she says. After taking up various LT roles, she was invited to become a Director Consultant.  “It was another way of helping people though the process has stretched me in many ways. Over the years, I have supported four different chapters – Desert Titans, Early Bird, High Flyers and Kaizen and I have learned a lot during that process,” says Wendy.

Simultaneously, she has been very active with BNI trainings and felt that the Master Trainer role was a definite “yes” when first proposed by Bijay Shah, BNI National Director (UAE & Qatar).

“Since then, we have had some great global initiatives such as launching BNI University, which has really changed how we deliver training with blended learning.”

Today, she is also a part of the DnA (Directors and Ambassadors) team but advises that you need to first have your own business operating effectively to be able to dedicate time to launching or supporting a chapter.  “There are some great visibility opportunities and being a DnA team member really expands your BNI network regionally and beyond,” she says. But you need to be good in time management to handle that responsibility.
Human first

Due to the pandemic, she says her business has gone totally pear shaped! “It will likely be Q3/Q4 before in-person training will pick up. I am human, first, and, like everyone else, I have my moments when I get down and/or frustrated and/or stir crazy in my own little cocoon while we were experiencing lockdown. But I also have a coaching toolbox of tools and techniques that helps me get through the negative emotions when they come up,” she says. And grow.

So, over the last five weeks, Wendy has been learning and training to explore how to take some of her training programs online. Meanwhile, as her passion lies in helping people, around end-March, she started an Afternoon Tea online meetup, which offers support to those who might be struggling with working remotely, feeling alone or disconnected. Held from Monday to Thursday, post-session, she also shares some extra gifts to help people through the weekend. High tea anyone?