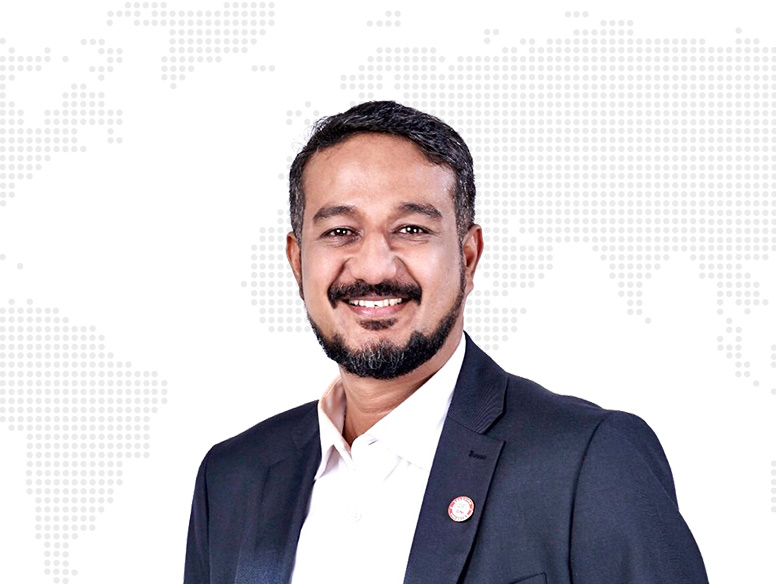 It’s been an incredible six-year BNI journey for BNI Rising Phoenix member Suresh Raju. From starting as an employee to becoming an entrepreneur and being awarded BNI UAE’s Member of the Year, has risen to amazing heights. So, what does it feel like to be the Member of the Year? “It definitely feels awesome,” Suresh smiles. “Especially when you get to know that you are the chosen one amongst the amazing 550 plus entrepreneurs in the region. I’m privileged to be honored with this prestigious award so thank you!

Suresh says it was a “pleasant surprise” when National Directors Bijay and Anuradha Shah announced his name. “I didn’t have any words,” he exclaims. “You know when you get recognized for getting the highest traffic, or highest referrals that have been passed, this accolade was much beyond that!”

He attributes his success to a long list of members saying, “I definitely would say I was blessed with an amazing team: Wendy, Samarth, Roshan, Pradeep, and everyone working at the back end, Raakhi, Bijay, Anna, and the National Office.”

When asked about what his BNI journey has been like so far, Suresh is eager to share. “I had never been to any networking organization,” he says. “Six years ago, I was invited to join a BNI meeting. I consider myself a very good salesperson. On seeing the number of members in the chapter it kind of attracted me, because for me it was business out there. I wanted to be part of that group where I can help the business for the company that I worked for.”

However, his perspective changed when he met one of BNI UAE’s founding members, Chirantan Joshi. “CJ, as we fondly address him, elucidated about what networking is all about and the power of truly meaningful relationships,” Suresh adds. “How in giving, you can receive and much more.”

“Those two hours with him flew by, but it made me think and change my mindset of giving rather than just receiving. It’s helped me grow my business and personal growth, so thank you CJ for the wonderful valuable times that you have spent teaching me along the way.”

The support and assistance Suresh has received from his fellow chapter members have been vital in helping him take the step from employee to entrepreneur. “I was fortunate that I was in the midst of these experienced business owners from various industries, he remarks.

“It’s an eternal bond that I share between these members. Where I could just pick up the phone and talk to them, not just in terms of getting business but also just to have a support system. BNI has played a great role in my life and career.”

Amid these interesting times, with BNI UAE pivoting to online meetings, BNI Booster, the SOS program, and BNI Connect, what tools does Suresh recommend to his fellow members? “I would say BNI itself is a tool you know for one’s success,” he grins. “BNI Connect has been a great help. I would say the podcasts and Booster Series that have been happening give you nuggets of wisdom. I’m an avid listener and I get that information to implement in my business and in my personal life too.”

How to Lead and Benefit From a Diverse Workforce