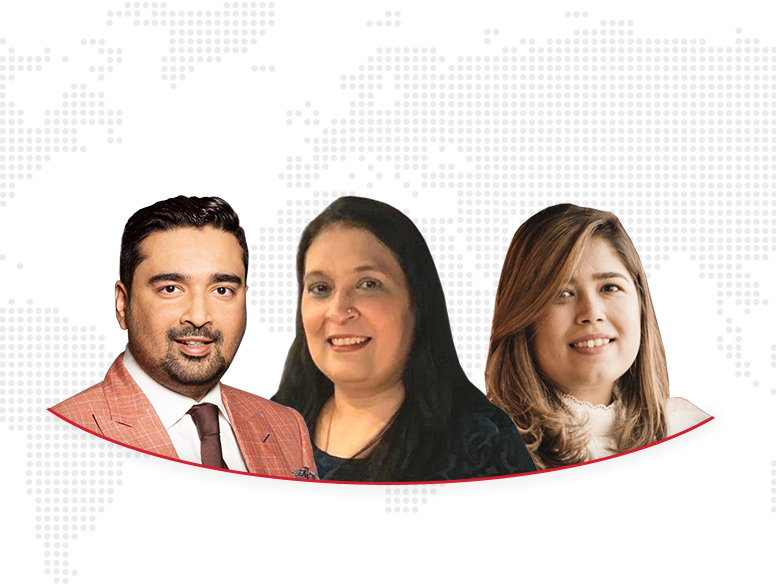 A BNI FAMILY IS A HAPPY FAMILY

The Thakkars have been part of BNI for over a decade now. Neeta Thakkar was the first to join BNI 10 years ago, Her son Dhruv, became a member close to eight years, and the newest and youngest entrant, Nishma Thakkar began her BNI journey 6 months ago.

Representing Express Computers and specializing in primer toners & cartridges, the Thakkar family have had a prolific experience so far. They have successfully expanded and developed a strong client base, with wide representation across three different chapters in BNI.

“BNI helped bring us a network of people that we could approach immediately, with this new solution that we were providing,” Dhruv Thakkar, a member of the Rising Phoenix chapter, says. During the worldwide pandemic, every business including their own was financially hit, but the strong network that they had built through BNI acted as a safety net and provided a means to keep the business running as many members became clients during these tough times.

A proud member of the Insomniacs, Neeta Thakkar believes that her experience in BNI has been integral in building her network, and as importantly building her confidence to voice her thoughts in front of a large crowd. “Joining BNI was the best decision I made,” she smiles. “BNI became my extended family, where I got a lot of support and it taught me a lot of things.” She thanks her mentors Amit Vardhan, Rajesh Mirchandani, and Mohan George for guiding her every step of the way towards developing lasting relationships and creating fond memories throughout her journey.

Although Nishma has only been a part of the Emperors for a short time, she’s already seen the benefits of BNI. “The learnings at BNI can be implemented in your personal as well as professional development, tweak it a little, and work it out into your lives,” Nishma adds. “I also believe that each core value plays some or the other part in your lives not just in the chapter, but in any relationship in life.”

When asked for advice for new members Neeta says, “Do not forget VCP – The more you are Visible, the more Credibility you build, The more Profitability you gain.”

“BNI can work for everyone, it’s about trusting the process and having patience,” Dhruv Thakkar remarks. He believes that a combination of faith and patience will lead to guaranteed success at BNI.

“If you approach BNI with a positive attitude and really want it, it will happen for you” Nishma Thakkar adds.

The Thakkar family concludes with a nod to the multi-pronged approach they’ve adopted.
“The more chapters you can get into, the better. Every individual brings their own value to the table, as you meet new members every week, your network grows every week”

News from the BNI Global Convention 2021