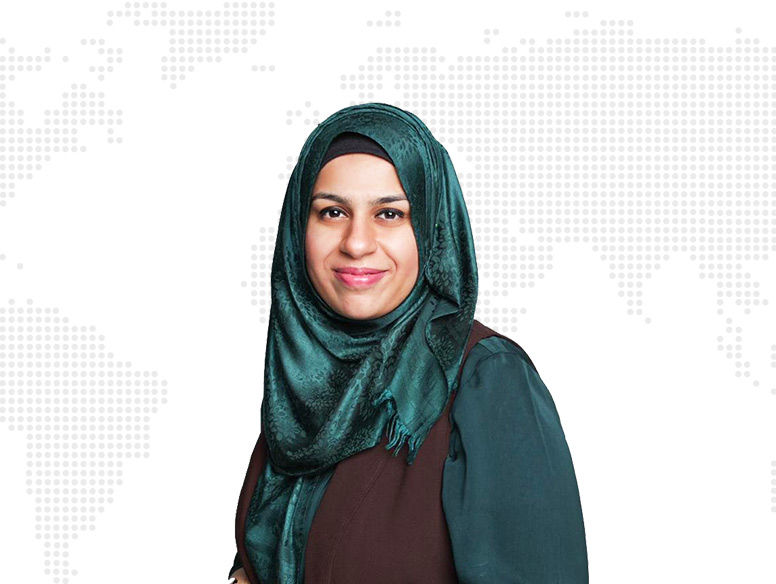 A lawyer by profession, Beenish Haider is a founding member of BNI Emperor, one of the newest chapters on the block. When asked what got her into BNI, she smiles and says, “ I myself!” Being a part of a couple of different forums in and around Dubai, she knew each forum had its benefits. “I was looking for a very referral business-oriented forum, and came across BNI.” Her team wrote to the BNI Head Office, and she started visiting BNI Chapters.

However, the legal category was high in demand, and not many chapters had a vacancy. When Beenish heard of the new chapter launch, she decided to choose a launch chapter and not a running chapter.

Although BNI Emperor only launched last month, Beenish is already setting incredible milestones. With the highest new member sponsored, referrals generated, visitors invited, and one-to-ones, what inspires her to be such a high achiever? “I think my inspiration is to get the highest TYFCBs as well,” she laughs. “Honestly, it’s the approach. The minute we understand that BNI will help us with all our figures and KPIs we will make it happen. I genuinely didn’t focus on being a high achiever, but I wanted my journey to be productive.”

Beenish may be a relatively new member, but she’s already a Mentor Coordinator, and if you met her, you’d think was a seasoned member. So, what’s her secret? “One of the biggest challenges we face in BNI is getting visitors,” she says. “We look at it as only an obligation. But what we don’t think of is that the more we get the better it is for us, because if we’re getting visitors, the others are also getting.”

She says that some clients are tough to ask for referrals due to their prestige. But once these clients are introduced to BNI, the system helps her get referrals. She also gives them the same in return. Beenish believes that the system makes everyone accountable. She tries to nurture and utilize the platform to the best of her ability. She says, “BNI is an established system that works, everybody will benefit from it.”

Beenish is candid about not being an open networker. “BNI works for me because it is focused on networking,” she says. Through BNI, she got referred to other international forums, like the Pakistan Business Council where she could connect with the community in her home country. “I would like to give a shout-out to BNI and the members of BNI who have got me introduced to those forums as well.”

As a core group member of BNI Emperor, Beenish has signed up for a two-year membership straightaway. “I’m looking forward to my two-year journey,” she says with a confident smile.

Beenish ends her interview with some words of advice for potential members. “There are lots of membership platforms that can give you a lot of aspects, but they won’t give you those referrals unless there is a need. BNI gives visibility, connections, recognition, referrals, business, and credibility. I would say, for anyone who is looking for all of that, BNI is the right place.”