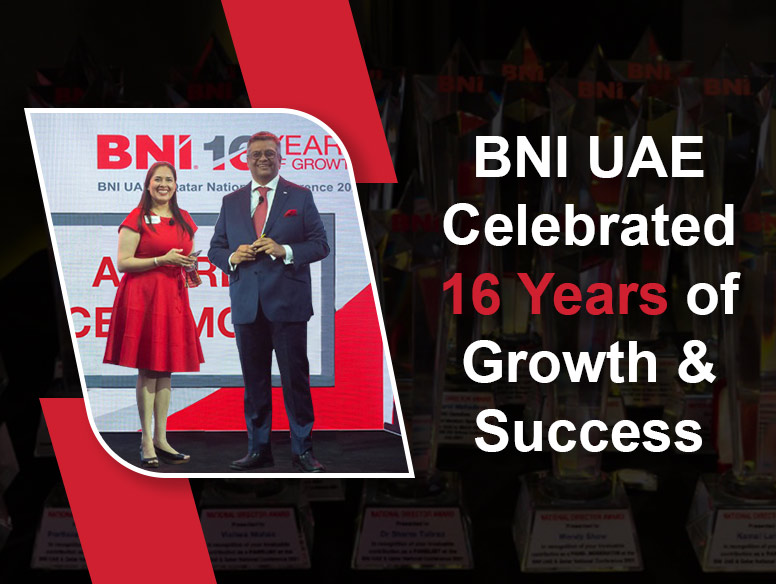 We hosted the BNI UAE & Qatar National Conference 2021 earlier last month and we had over 300 members from the UAE, Qatar, and other parts of the world participate. The objective of this event is aligned with the Core Values of Building Relationships, Lifelong Learning, and Traditions & Innovation. We enabled cross-region networking amongst members and over 2 days, there were over 200 121 meetings that took place virtually. To take it to the next level, over 80 connection requests were made to explore business opportunities. Members invested an average of 5 hours in networking and life-long learning. All in all, we received great feedback from the participants and we look forward to hosting more such events to bring value to members. 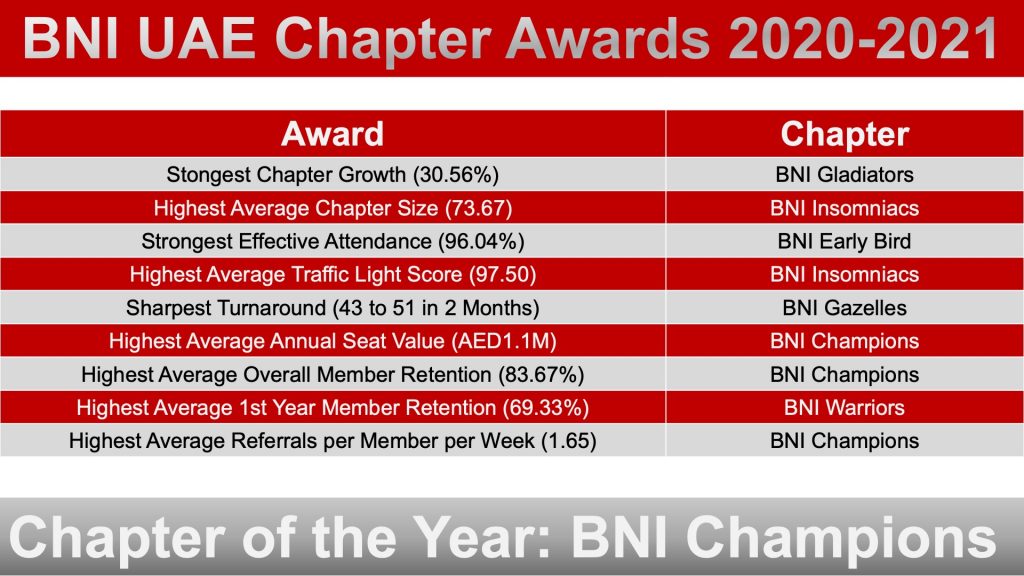 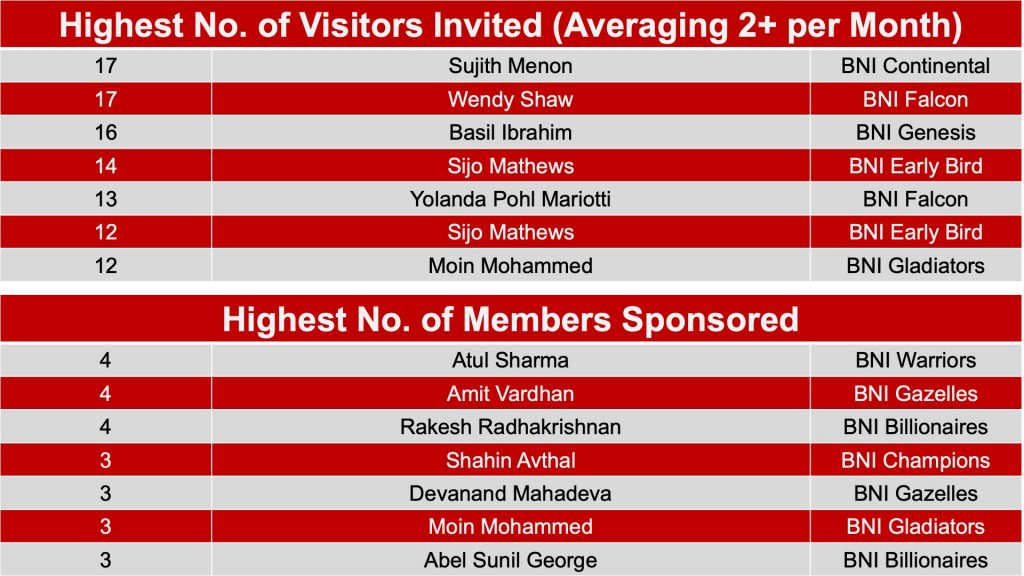 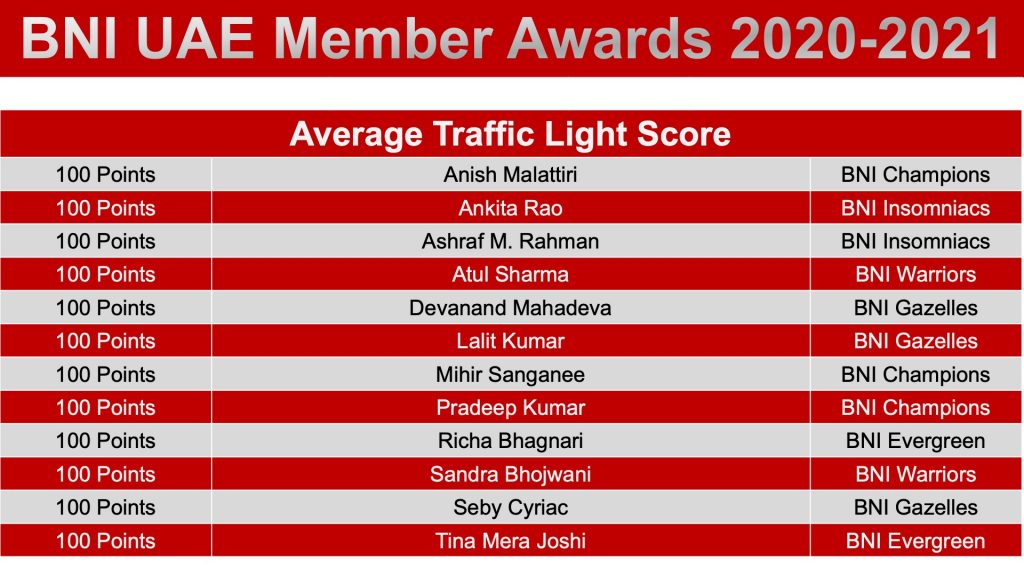 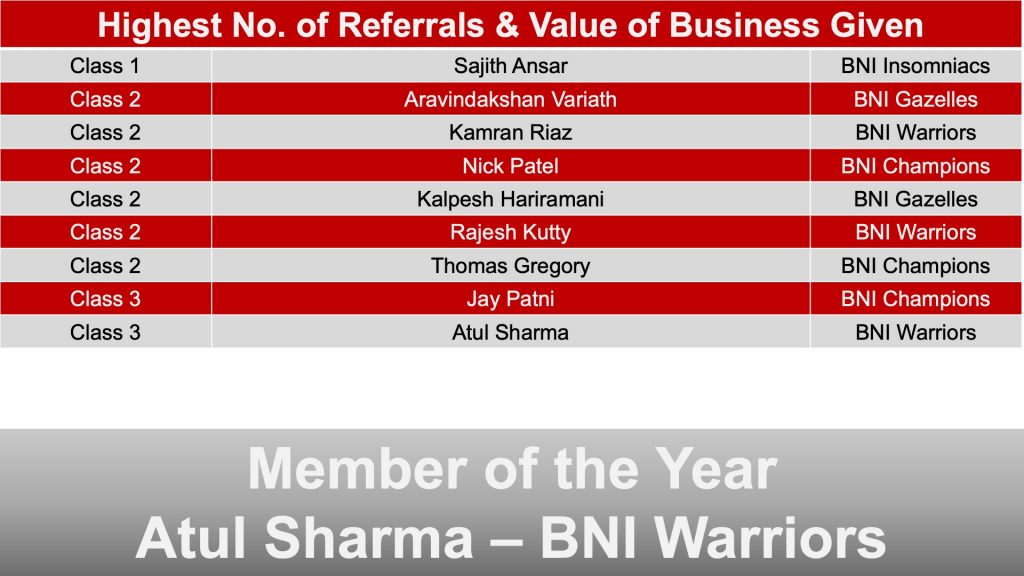 Watch the event highlight video here https://www.youtube.com/watch?v=ZLb7-H9SMtc&t=3s. You may click here to access the photographs on our FaceBook album of the in-person event where we hosted a small group of the award recipients together with our DnA Team who are a critical group of members who contribute to our success and I thank each and every member of our incredible DnA Team for their invaluable time and support towards members and chapters.