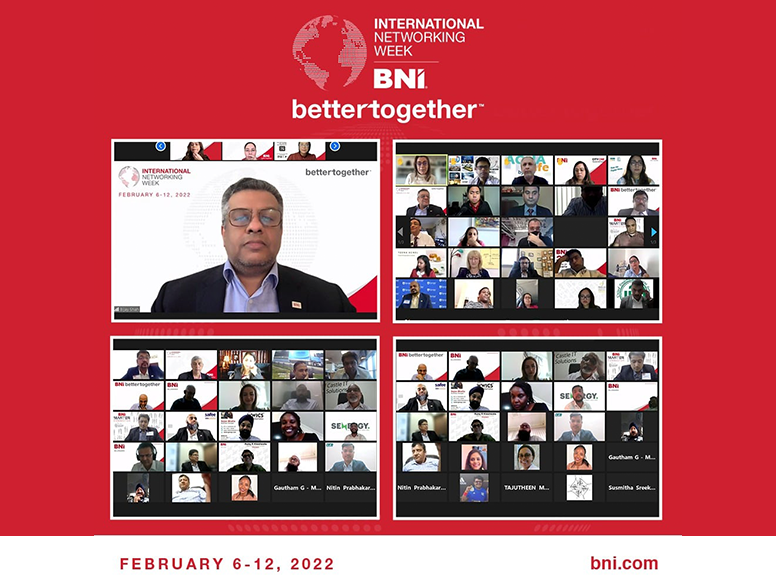 What an incredible week of celebrating our biggest and best International Networking Week® ever! BNI UAE observed and celebrated by hosting 2 online Speed Networking events both of which were a great success with attendees asking for more such events in the future. We had total participation from over 200 members (and non-members too) from over 15 different countries. We have heard there were great results, including newly formed business relationships and quite a few referral opportunities. Look out for more online Speed Networking Events to take place throughout this year and if you participated, we’d love to hear from you on your experience! Click here to see just a few of these hugely successful events from other parts of the world too.

Another highlight during the International Networking Week was the debut of the BNI BetterTogether song and music video by fellow BNI Member Deanna Loveland – click here to watch and listen to her Backstory and the Song.

Infact, since the debut of the BetterTogether music video we have had a lot of requests for the lyrics of the Better Together song. We’ve also had requested for a Karaoke video so that Chapters can host a sing-along and create a video of their own. Have fun recording your Chapter singing together and please send it to stevetannuzzo@bni.com for a potential feature in an upcoming BNI SuccessNet™. 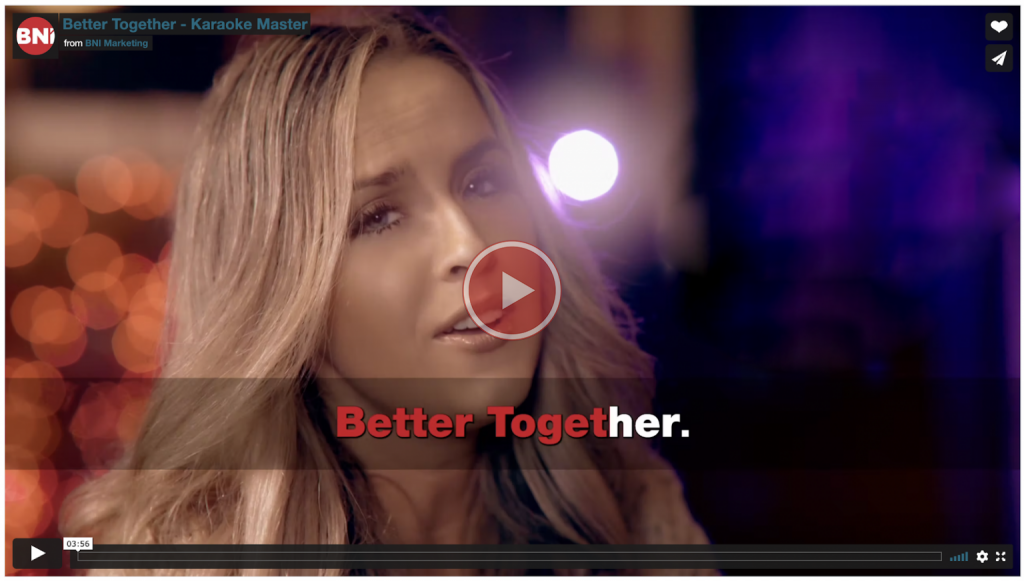 Level Up with Dubai On Demand