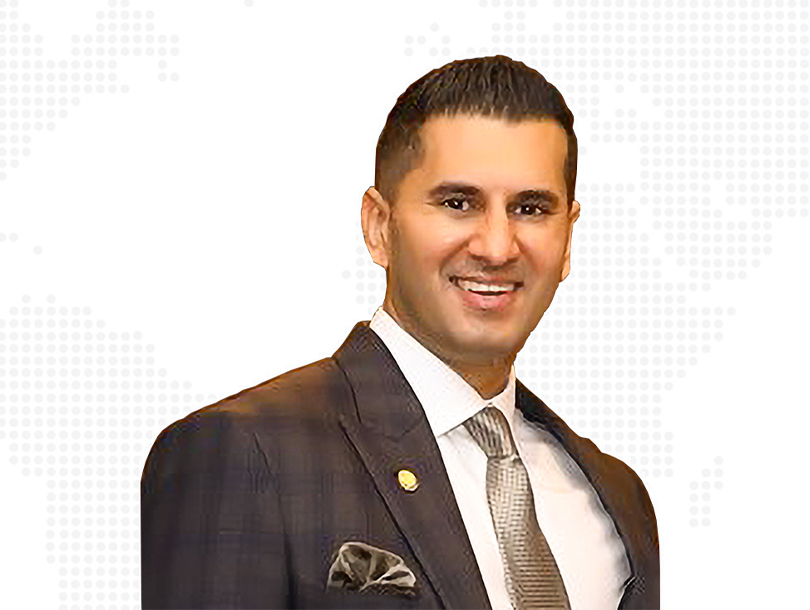 For Rahul Datta, BNI has been a big part of his life for the last 9 years. The former President of BNI Insomniacs he’s taken on a variety of leadership roles in the chapter, and excelled at each one. What attracted Rahul to BNI was having a close circle of business confidants.

“The idea of having a close circle of seasoned business owners and professionals who can act as your go-to for market information, business best practices, and cross-industry knowledge is fantastic,” Rahul says. Over the years he’s realized that as one goes through different stages and roles the BNI journey is as rewarding as you make it.

When questioned on whether he’s made any special connections at BNI Rahul is quick to quip, “Close personal connections are a known side effect of joining BNI!”

But, these connections are not confined to just a chapter or a region. “I’ve traveled to different countries and sitting at a coffee shop I hear familiar words being spoken like one to ones, referrals, CEU all in the same conversation.” he shares. “As soon as you ask ‘Are you in BNI?’, you have immediate rapport! It’s like you carry a seal of preapproval, just by being a member.”

An important takeaway for Rahul is Category Specialization. “We resisted the temptation of diluting focus in the name of diversification, he says. “That strategy helped us move from being a blunt multi-tool to a focused weapon of choice and sharpening our blade to a point where our minimum standards today are far above the average events company’s peak performance.”

A man of many talents, Rahul was hand-picked as one of the emcees at the Global Convention of BNI 2020. Speaking on the experience he said, “It was definitely a flattering surprise! Members who are part of the DNA team see a lot more of what goes on behind the scenes of running BNI as a global organization and as an emcee, I got to see that.”

The forward-thinking vision of the organization and how BNI future-proofing itself and the members’ interest for years to come, was something he got to experience firsthand at the Global Convention.

Well-known for his stellar oratory skills, and dynamic presence during online meetings, Rahul is modest when asked for advice on holding BNI chapter meetings online. “Well, that’s humbling, thanks very much!” he smiles.

“Be yourself and allow people to be more of themselves. Instead of conforming to a pattern, let the meeting have moments where it’s a little more fluid,” Rahul signs off. “You may end up with a meeting that is a few minutes longer, but an incomparably richer experience for the members and the visitors!”

The Secret to Becoming a Market Leader

Great to see you co-host the Global Convention Rahul! Great visibility for you and BNI in the UAE!

Kapil Dasani – Jump into the swimming pool and you...