Networking Begins With Your Beliefs 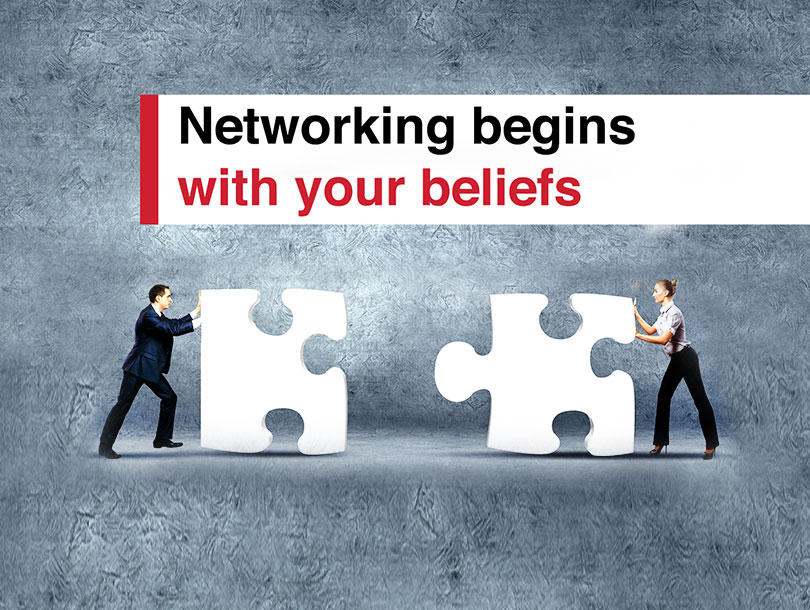 Have you ever gotten a chance to read the story of Roger Bannister, the first man who ran the sub-4-minute mile? It’s a very interesting story!

Prior to May 6th, 1954, no one had ever run a 4-minute mile. Everyone around the globe believed that it was physically impossible. Experts stated that the human body was “just not capable of it.” This belief rang true for decades.

But on May 6th, 1954, Roger Bannister ran the miracle mile. He not only broke a world record, but he broke a limiting belief in the minds of hundreds and thousands of people around the world. The four-minute mile was now possible.

Fast forward to today, running a four-minute mile is now no big deal.

Well, that’s the power of belief. When you have the will and believe you can do something, you are going to do it. It’s as simple as that.

Dr. Carol Dweck introduced the terms “fixed mindset” and “growth mindset” for personal growth. According to her, having a fixed mindset is to believe that our abilities are essentially determined at birth. We can make only minor self-improvements. A growth mindset means seeing oneself as a continual work-in-progress, with fewer limits on what we can do and become.

Whether one’s mindset falls under the category of growth or fixed may predict one’s motivation to perform uncomfortable or unfamiliar activities. But, could this theory affect your networking and beliefs related to it?

To test this hypothesis a survey of over 200 professionals was carried out in which they were asked about their feelings and beliefs regarding networking. Some respondents claimed to have fixed beliefs about networking, like:

In another survey around 100 MBA students were assigned a reading that affirmed either the malleable or fixed mindset. In a malleable mindset a belief was conveyed that “networking is a skillset, much like learning how to drive”, and in a fixed mindset the belief was “networking is dependent on inborn and natural personality characteristics”. One month later, the students who completed the survey were asked to participate in the on-campus networking events.

Eventually, they discovered the students acted depending on the type of belief conveyed to them. The students who had been given fixed beliefs and negative opinions about networking attended fewer events and vice versa. Isn’t it interesting to see how your belief system affects your actions?

Many of us have fixed beliefs about extroverts being better at networking. But, if you choose to network with a growth mindset then the possibilities for personal and career growth could be endless!

The growth mindset is what exactly makes BNI the world’s largest Referral Networking Organization. With more than 275K global members and 10,000 chapters worldwide, we are every day resonating with our core value of Lifelong Learning.

Networking is a Skill

Networking with a growth mindset gives you open-mindedness and incredible opportunities to grow, try new networking methods, and take risks. Wondering how you can adopt a growth mindset? For starters, consider networking as a skill that you need to develop and grow every day—just like learning a new language.

Here are some tips you can try:

Commit to spending just one hour every month meeting someone new and building your existing relationships with them. You will be amazed by the results and the change you see in your networking abilities!

Would you like the opportunity to network with business owners and professionals in your community? Put your growth mindset to the test and network with BNI- the largest and most successful business networking organization!

What Are Business Referrals?

Tips to Grow Your Professional Network and Nurture...

The 7 Questions That Can Make Networking Effective

Best Ways to Get the Most Out of...

How And Why Are Relationships Key To Leadership...

How can Small Businesses Benefit from Networking Events?

Business Networking Groups – How & Why You...

Speed Networking- A Quick Way To Grow Your...

How to Get Back to Networking After a...

What Are Business Referrals?

Key Things to Remember When Networking in 2022