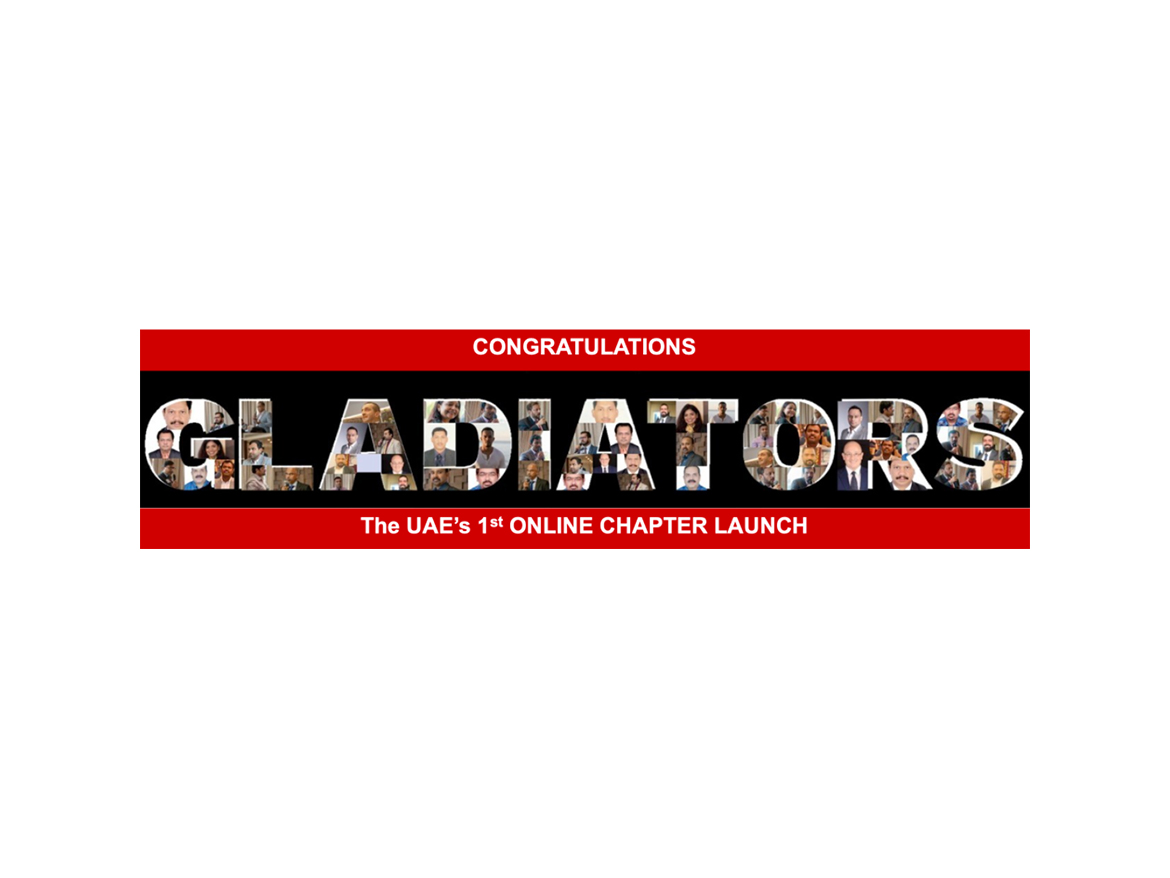 Leading from behind : Pankaj Gupta

His journey with BNI Gladiators started with a decision to challenge himself, as he always had a limiting belief that he was not cut out to be a launch director. “I knew few people outside the BNI family and my clients were not keen to attend early morning meetings,” says Pankaj Gupta, Launch Director Consultant (LDC) of the chapter.

After a “What’s Next” session with Bijay Shah, BNI National Director (UAE & Qatar), they decided that Pankaj would challenge himself and undertake training to overcome his mental block. So he approached the 119 people that he met over the previous year and proved to himself and BNI that perseverance pays off.

Within three months, BNI Gladiators celebrated its first milestone and we accepted the 16th member into the chapter. With the support and guidance from my BNI UAE family, our chapter reached the 26-member mark before we finished the fourth information session.”

The BNI Gladiators chapter launch heralded a new shift in the region. On 1April, 2020, it won the distinction of being the first chapter to launch online with its LDC Pankaj also within the Leadership Team (LT).

This was a great example of tradition marrying innovation. As we had put the core group room training on hold, we were left with two options. Either to choose to wait and watch or to launch online,” he says.
No doubt, there were some apprehensions but they were cleared through discussions, he says. “I am proud that the chapter opted to launch. When God had given us such a great opportunity to support each other in such tough times, how could the Gladiators let it go? Today, we are a 28-strong team (with two new inductions in April) who support each other for our personal and professional growth.”

He feels that the power of belonging to the BNI community is the single biggest strength of the chapter. “When we are together, the business will come,” he adds.

And he is really proud of being a part of the BNI community. “I have been groomed over the years from  being a “Tough Taskmaster” to a “Servant Leader.”  His treasured moment remains the day when his former chapter BNI Insomniacs honored him with the 2019 “Givers Gain” award. “I am an Insomniac and will always remain one,” he adds.

His focus for his
Leadership Team and the chapter going forward? “We will focus on the attitude of ‘servant leadership’ where we lead from behind as LT and do whatever it takes to ensure that the members live by the BNI values,” says Pankaj. “Going forward, we are focusing on building relationships through trust and supporting each other by sharing knowledge and giving qualified referrals.” But the Gladiators plan to implement this within the chapter as well as cross chapter levels. To deepen the networks and truly connect.