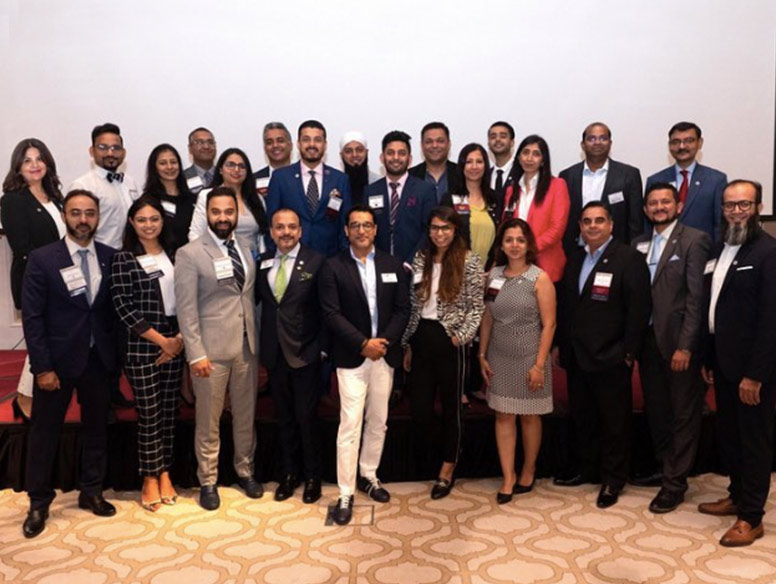 Within the first quarter of its successful launch in July 2019, BNI Warriors, the youngest chapter in Central Dubai (UAE) bagged two major accolades from the BNI regional and global community.

We were awarded the BNI Launch Hall of Fame Chapter within the first month of our inception when we went beyond expectations and grew our chapter strength to 35 members from the initial group of 25 professionals.

Then BNI Warriors Dubai went over the moon when our achievement was internationally recognized at the BNI Global Convention 2019 held in Poland. The event saw Sajith Ansar, our Founder and Launch Director receive an award for his contribution towards our chapter growth.

But we did not rest on our laurels. To underpin our mission statement of “Growing Networks, Building Net Worth”, we went on to reach ‘Gold Chapter of the Region’ status in October 2019 by inducting five more professionals. Thus enhancing our strength to 40 members.

Thereafter, BNI Warriors received the Golden pin for this achievement from Bijay Shah, National Director, BNI, UAE.  All thanks to the able guidance of Pankaj Gupta, our Director Consultant who continues to steer our chapter to greater heights.

For the numbers look really promising. For such a young chapter, BNI Warriors passes an average of 272 referrals a month and passed a total of 1,400 referrals during the last six months. Our average seat value stands at AED 160,000 and, so far, we have closed around AED 3.1 million worth of closed business.

Today, we are a 42-strong closely-knit group of professionals who also believe in the ‘Work hard and party harder” philosophy to maintain a good work-life balance. That means connecting with other chapters in Dubai after work.

Last July, Warrior Sona Nambiar was part of Dubai Drift, the winning team for the BNI Social on Wheels Cross Chapter Challenge, which saw 22 cross chapter teams battle it out to solve eight challenges across Dubai. In October 2019, Warrior Bipin Mulani won the Man of the Match award at the cross chapter BNI ICL cricket tournament.

The BNI Warriors also collaborated with BNI Rising Phoenix and BNI Gazelles to host an inter-chapter celebration during Diwali, the festival of lights. Next month, we eagerly participated in the famed Dubai Fitness Challenge and collectively worked out a whopping 21,611 minutes for the same period.

Looking forward, we are optimistic that we will reach the 50 members target by March 2020 and reach the much-coveted Platinum chapter status in the region.

Like!! I blog quite often and I genuinely thank you for your information. The article has truly peaked my interest.

Aw, this was a very nice post. In thought I want to put in writing like this additionally ?taking time and actual effort to make a very good article?but what can I say?I procrastinate alot and on no account seem to get one thing done.