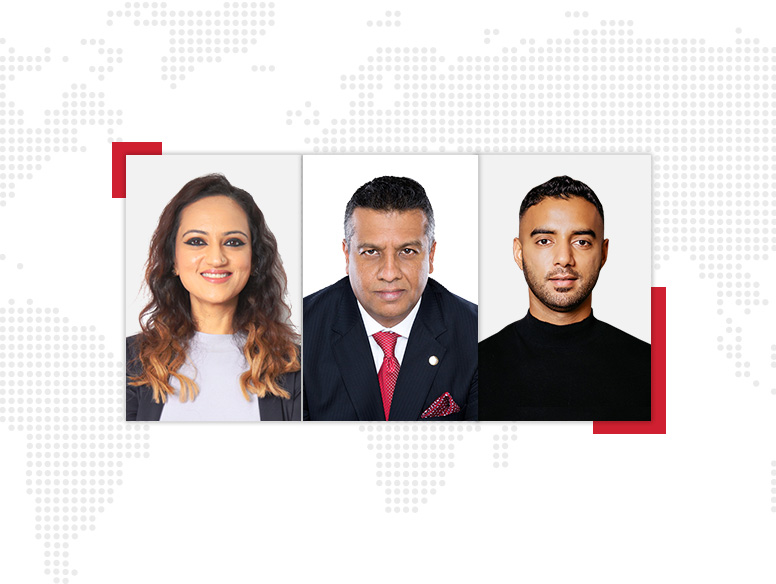 Mihir Sanganee and Ankita Rao join National Director, Bijay Shah, to discuss their unique G.A.I.N.S sheet and the importance of making an impression through it.

“When we had the mentoring then, it was just one mentor over eight modules of mentoring which would happen week on week. We didn’t have multiple mentors running different strategies towards making the most of your membership. So I was introduced to the G.A.I.N.S sheet quite early on, and I instantly put it all together in general and started sharing it. But somewhere along the line, I think, as I got more comfortable and complacent, I didn’t share it as much.

Then along the way, I realized that the conversations or the pre conversations to a one-to-one weren’t as strong as they would be. So you’re doing one-to-one to try and get to know the other person better, what drives them, what their personalities are. People do business with people. It’s not just about the money.

I did start sharing my G.A.I.N.S sheet a lot more in general because I realized that they do things that connect better with people. And it wasn’t just about the business aspect of it; it was actually about getting to know the other person better. So it is quite a powerful tool, especially as an icebreaker for someone you’re meeting for the first time.” Mihir shares how his experience with G.A.I.N.S started.

“I have a similar story, to begin with, so I updated my online Gains Sheet that was a mandatory part of the mentoring, and when I joined the mentoring, it switched to 10 mentors. At the end of the program, I had to meet our Director Consultant Prem. I credit him with introducing me to the G.A.I.N.S sheet because he clearly told me don’t come with me if you don’t have the Gains Sheet.

That sheet was phenomenal. It felt like homework because it was so much work when he first shared it with me. I told him I filled the online sheet, and he’s like, No, I want this sheet filled. So he sent me the one that’s available on BNI Business Builder.

Like Mihir, I got complacent after a few months, when I was a one-year member, and was a bit lazy because I had not updated it. So I felt awkward sharing it, and I would tell members I shared it next week and that next week never came. Then I think when I became Ambassador and then DC, you feel the weight of leadership; you want to lead by example. Then there came the point where I said enough is enough. I really need to have this in order.” Ankita shares her story with the G.A.I.N.S sheet as well.

‘My industry that’s a lot more technical, the one that we are in, so a lot of times I would keep getting asked what sort of referrals is BNI giving you? So I wanted to have a segment primarily focused around that, you know, in addition to the case of this just gave me a great opportunity to make it bright and happening as I would like it to be and still encapsulate the essence of G.A.I.N.S.” She adds as she speaks about her sheet’s design.

“Both Ankita and I come from the design industry. So our images are a lot more powerful than just the text by itself. So then I decided to use the G.A.I.N.S. as a format but change the way people look at me, and it’s important, right? Because in this industry, every time you’re doing something, there’s always like five other people trying to catch up to that, and if you keep changing the rules of the game, the game is yours to play.”

“G.A.I.N.S Sheet was a game-changer, there are 100 designers out there, and there are 500 companies out there, and there’s what not in the market, but what defines us and we’re already so powerful on our social networks, you already have the content for it, then why not build our credibility through these visuals which showcase what we do better. Mihir adds his thoughts on the importance of design in your sheet.

“I’ve been using this Gains Sheet for over a year, and every time I send it to somebody who was not from a creative industry, they reply saying, oh my god, this is wow. But I come from a very boring line of work. So I don’t have something so nice to share, and I said it doesn’t matter what you have, and we’ll talk about it in the one-to-one that we do.

“When you see the Pepsi logo, you identify directly with Pepsi by default, right? You don’t; you don’t think that oh, it could be another Pepsi from somewhere else. You just know. When you work with some top-tier organizations, then use that to your credibility.” Mihir shares his tips with members looking to design their unique G.A.I.N.S. sheet.

“I personally am a huge advocate of promoting your own personal ethics, and then I feel that automatically translates to what sort of business ethics and professional ethics you keep, or your brand personal identity rather than it working backward. Having a strong business doesn’t mean you’re a great leader; you probably have a great team.

So I always feel a personal brand should showcase, and I think it is a lot easier to create your credibility for your own business and all your work. So that’s just my thoughts. Going all out and being creative or using the colors that I’ve used is an extension of my personality, or, you know, and that’s what I wanted to showcase.

I think that’s what everybody should do. There is no need to copy anyone; we’re all individuals. And even if you have a black and white presentation, it speaks about what you do, right. The idea is for you to showcase and create a first impression.

So I just feel people should look at what they want to express and show out of this G.A.I.N.S sheet.” Ankita adds.

Tips to Grow Your Professional Network and Nurture...

The 7 Questions That Can Make Networking Effective

Best Ways to Get the Most Out of...

How And Why Are Relationships Key To Leadership...

How can Small Businesses Benefit from Networking Events?

Business Networking Groups – How & Why You...

Speed Networking- A Quick Way To Grow Your...

How to Get Back to Networking After a...

Tips for Using Local Networking Groups to Grow Your Business